'I can't believe this is happening': A Byron girl is getting a second chance at a crown and a title

Sophia Cervantes is competing for the Miss Reigning America Pre-Teen title next weekend, after a former pageant director seemingly disappeared a year ago. 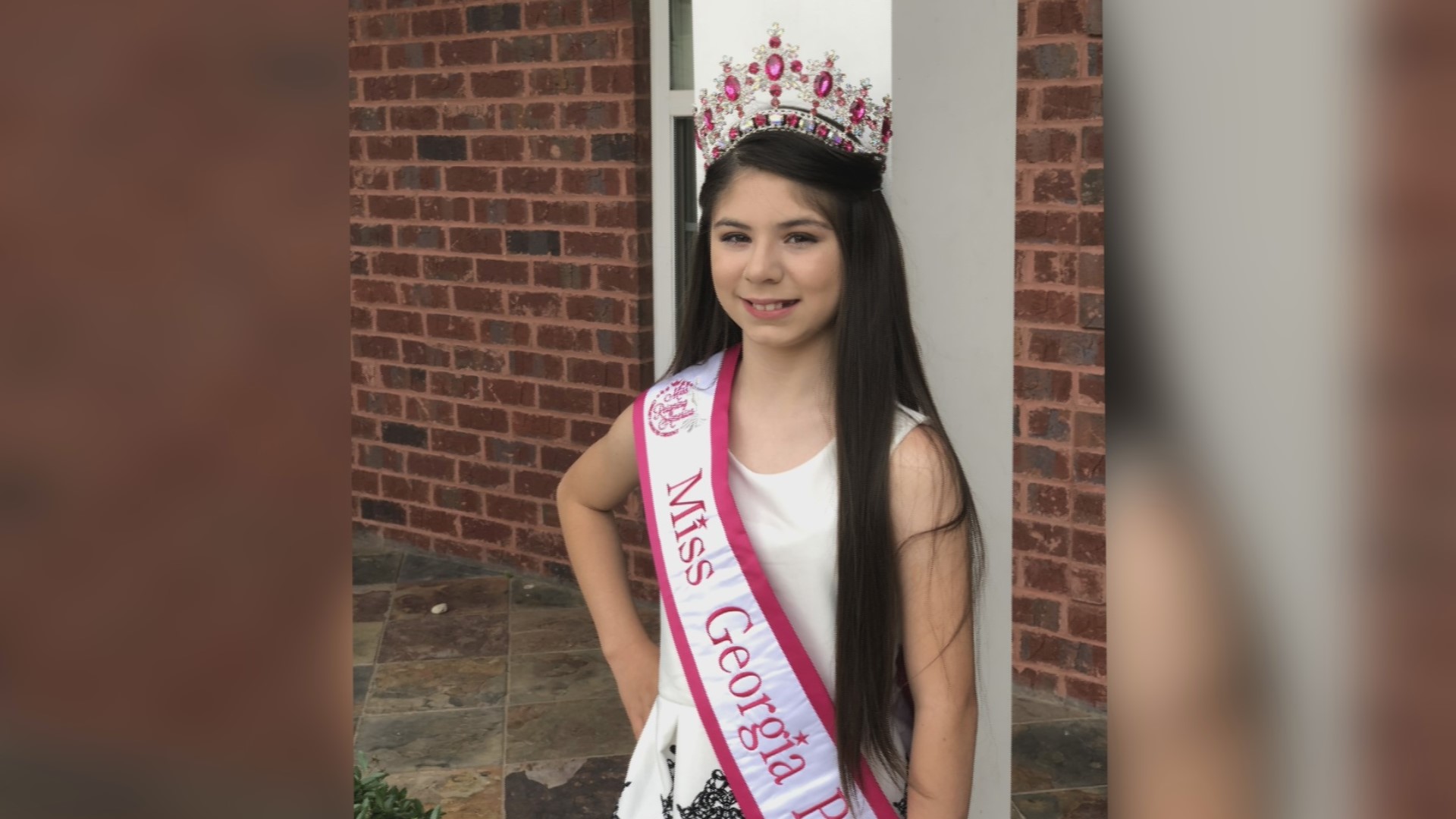 BYRON, Ga. — A Byron girl is getting a second chance at a crown.

She was over the moon.

However, Sophia wasn't able to move on to the next round because the pageant owners seemingly disappeared.

In an Oct. 2019 interview with Sophia's mother, Kimberly Cervantes, she said anytime they reached out to find out about the national competition, they were met with disconnected phone numbers and rejected emails.

"We haven't heard anything. Nothing. No letters, no mail, no phone calls, no emails. Nothing," Kimberly said.

After 13WMAZ's original story aired in Oct., we learned the pageant director suddenly got cancer and died in July of 2019, but the contestants were never notified.

Now, in 2020, another pageant director, Dana Fain, saw the story and reached out to the family to give Sophia a second chance at a crown and a title.

Sophia says she was shocked.

"Wow, I can't believe this is happening. Thank you so much," Sophia said.

The Executive National Director of Miss Reigning America wanted to help the 10-year-old after seeing how heartbroken she was.

"I think we were a little hesitant at first because we weren't sure if we wanted to dive back into that, just having the experience that we had before," Kimberly said.

But they decided to give it another shot.

Sophia is competing as Miss Georgia Peach Pre-Teen June 25-28 in Atlanta, where she could be crowned the next Miss Reigning America Pre-Teen.

If she wins in her division, she will receive the title, scholarship money and a trip to New York City with the other winners.

"I like being in the spotlight sometimes," Sophia said. "It gives you like a confidence boost and you feel really good that day."

Fain is covering all of Sophia's entry fees and hotel expenses and the Cervantes family says they can't thank her enough for her kindness.

To learn more about Sophia and the upcoming pageant, click here.

RELATED: 'That's how God made him': Warner Robins boy doesn't let his 'little leg' slow him down