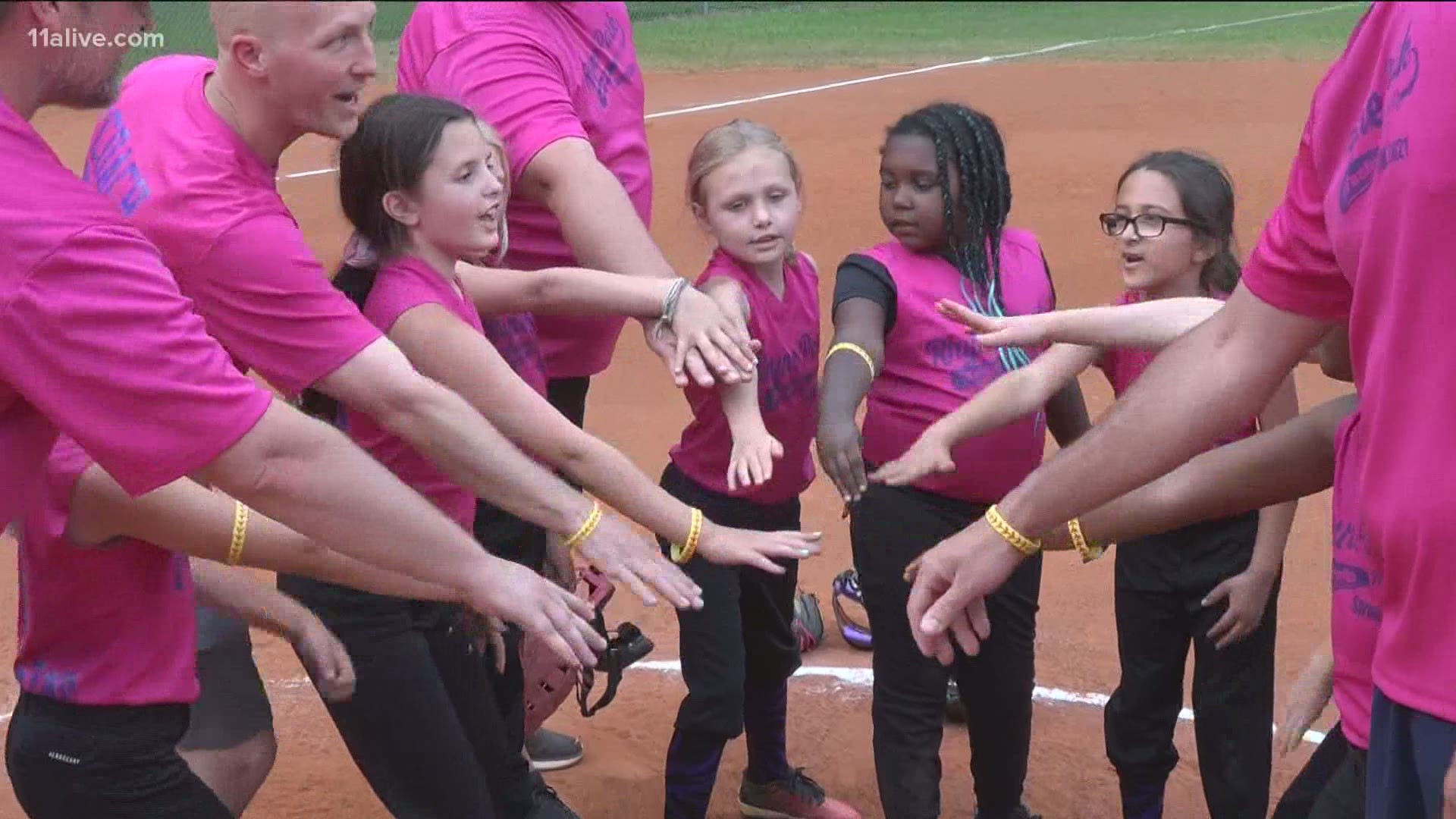 SMYRNA, Ga. — The season is winding down for Rhyne Park Girls Softball Association in Smyrna. But for one team of seven and eight-year-olds, it's been an especially memorable one.

"I've been coaching here for about two years now," Geoffrey Schmidt, President of Rhyne Park Girls Softball Association, said. "Usually, after a couple of practices you decide on a team name. We had 'Sparkly Unicorns' and all these ideas came up."

"I just thought if we were pink," Delaney said, "and breast cancer's color is pink and my mom had breast cancer, why not be 'the Survivors?'

The team immediately rallied around the idea, Schmidt said.

"I instantly realized this is more than the game of softball," he added.

But when parents learned of the new name, another idea formed.

"That's awesome to remember survivors but what else could we do?" one of the parents, Sharon Richardson said. "So, I thought let's donate. For every run they get over the season, let's donate to breast cancer research."

Turns out, it was a historic season for the team of young girls.

But the excitement didn't stop there. The Atlanta Braves recently recognized the Survivors' efforts during Breast Cancer Awareness Day at Truist Park.

"It makes me feel very proud," Melissa McDonald, mom to Delaney (9), Georgia (7) and James (4) said. "We've been talking a lot about how this one little suggestion has had all these ripple effects that we never imagined. You never know where people will get inspired from, what might spark a movement."

"Everybody that has breast cancer, it's like I'm doing it for them," Delaney said.

The Survivors are continuing to raise funds towards breast cancer research. The Atlanta Braves Foundation will also match fan donations at 100 percent through May 31. Click here for more information or to donate.