WARNING: This video contains language and gestures that some may find offensive. 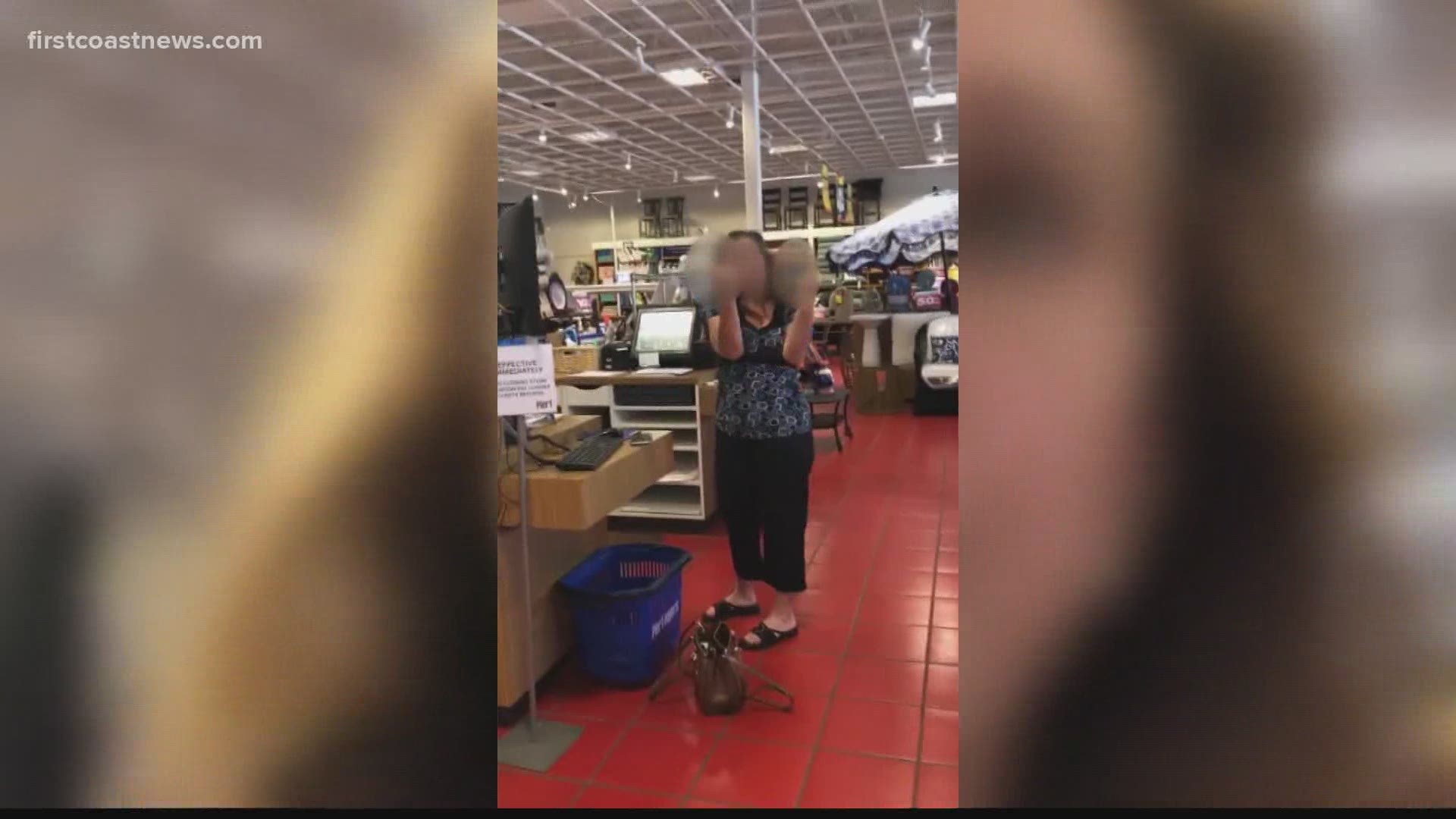 JACKSONVILLE, Fla — Due to the COVID-19 pandemic, Heather Sprague said her trip out to St. John's Town Center Thursday was a rare one.

The brain tumor patient has a compromised immune system, and is now left a little concerned after a customer purposefully coughed on her inside Pier 1.

“I was a little bit stunned when she invaded my personal space,” Sprague explained the woman’s two children were wandering around Pier 1 while she was verbally harassing the cashier about a return for about 15 minutes.

Sprague said the angry customer invaded her personal space right after she began documenting it.

“I wanted her to know she was being held accountable for her actions," she explained. "It only took her decide she was done and to leave the store, which really was the goal."

As comments of support continue to come in on Sprague’s viral Facebook post, the mother of 10 is in good spirits after the uncomfortable event.

“I just think it’s wise not to give our power away to those who don’t deserve it," she said. "So, if I let her make me frustrated, angry or consumed by this -- then that takes away my availability to my children, and she shouldn’t have that power.”

Before she left Town center on Thursday, Sprague had Pier 1 file an incident report with its corporate office.

She said the full report includes the angry customer’s name, but First Coast News has not heard back from Pier 1 and only has a copy of the first page of the incident report.

Sprague doesn’t plan on filing a police report with the Jacksonville Sheriff’s Office, but is glad Pier 1 has it documented in case she does get sick.