Last month,12-year-old Robert Davis got to take a spin in a motorcycle thanks to a program called Sidecar Adventures.  This weekend, they stepped in to help with his medical costs. 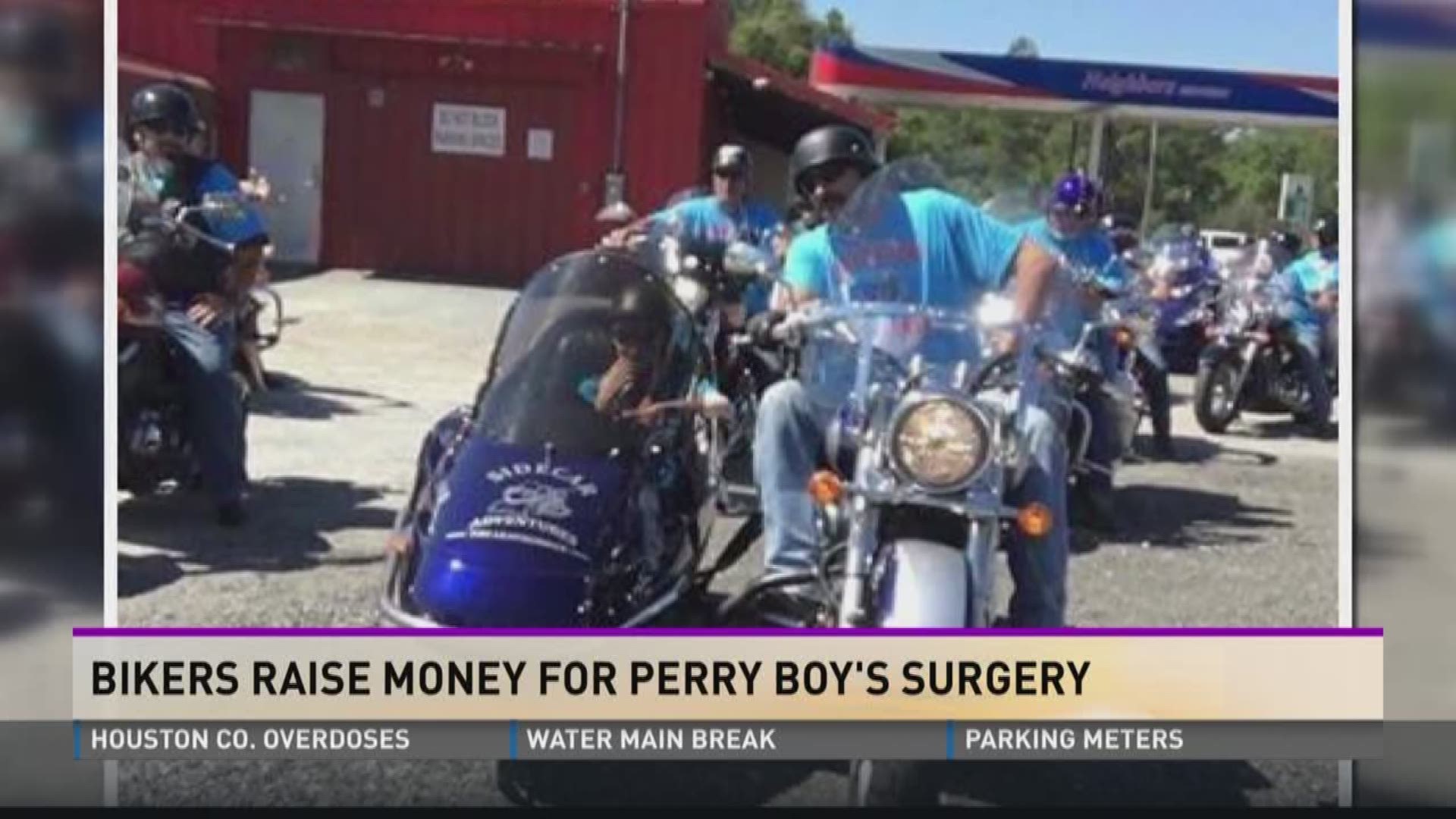 A group of Central Georgia bikers came together this weekend to help foot the bill of a boy’s recent surgery.

Last month, we reported 12-year-old Robert Davis from Perry got to take a spin in a motorcycle thanks to a program called Sidecar Adventures.

Davis suffers from a heart condition, as well as other health issues as a result of him only having one-third of just one lung.

Joel Yarbrough is the owner of the Leatherman in Eastman, and he started the rides to give people of all abilities the chance to feel what it’s like on the open road.

Through that experience, Davis made some new biker friends, who call him “Lil Man.”

Shortly after his Sidecar Adventure, Davis suffered complications during a surgery up in Atlanta. He is on the upswing now, but the bikers of the Leatherman pitched in to help out in that difficult time.

This past Saturday, they hosted a benefit ride, where more than 100 bikers from all over Central Georgia took part.

Lil Man was even out there to take a spin with the gang!

One of the riders, Terry Coleman, says they raised more than seven thousand dollars for Lil Man and his family.

According to their Facebook page, the Leatherman is also looking to raise money for a wheelchair accessible bike for their future Sidecar Adventures.

If you have a story that comes straight from the heart, be sure to let us know by sending an email to eyewitnessnews@13wmaz.com with the subject “Straight from the Heart.”