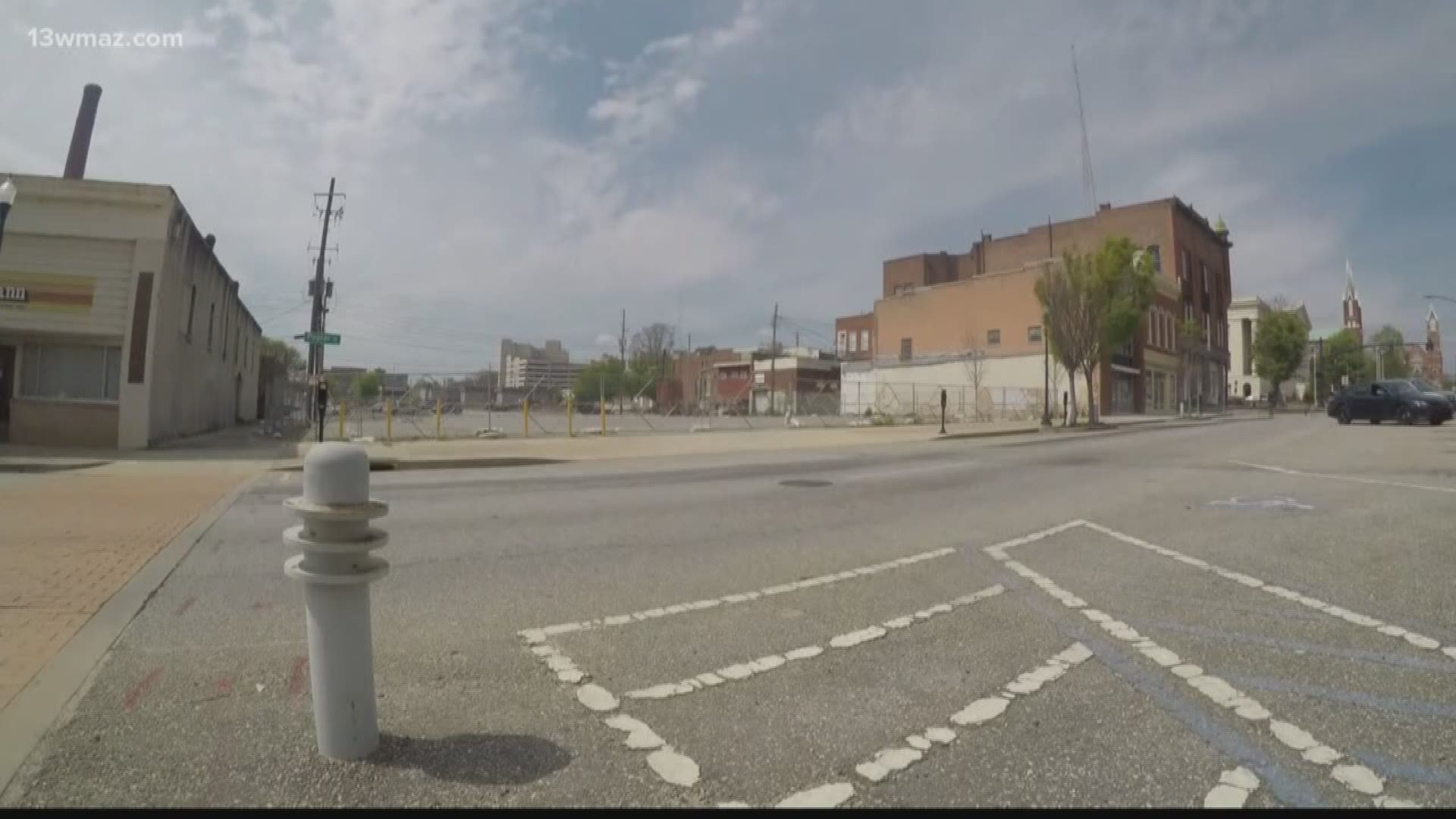 MACON, Ga. — Editor's Note: The video in this story is from previous coverage on the development project.

Earlier this month, Macon-Bibb County and the Urban Development Authority terminated their agreement with MMI-Thornton LLC that would have kicked off renovating and developing a chunk of downtown Macon.

For several years, the developers sought to transform Poplar Street between First and Second streets and extend the development out to Plum Street and D.T. Walton Sr. Way.

Although another developer is going to build a new Avid hotel on Second Street, the Commons project hasn’t been able to get off the ground with the COVID-19 pandemic being the latest obstacle.

“With the new Marriott project going on across the street and COVID, it’s just not an opportune time to move on with more hotels in the market, particularly with that price point,” Miller Heath III, one of the partners in the Central City Commons project, said Tuesday.

In April 2019, the county and UDA agreed to issue $20 million in bonds to finance two parking decks – one of which was key to securing a promised 122-room Hyatt Place hotel on Poplar.

Payment in Lieu of Taxes, or the PILOT program, would allow the bonds to be repaid through increased property revenue and parking fees collected through the UDA, which would own the decks.

Last year’s agreement allowed for parties to terminate if the closing conditions were not satisfied by April 17 of this year, which they weren’t.

The termination letter left the door open for renegotiation for a new agreement to take into consideration the revised development plans from MMI-Thornton LLC.

The joint venture between Tim Thornton, president of Thornton Realty Co., and Heath, CEO of MMI Capital LLC, has been bandied about for multiple years now.

Heath appeared before Macon-Bibb commissioners in late July, the same day they voted to issue bonds for the Marriott Tribute hotel in the former Willie C. Hill annex skyscraper at Cotton Avenue and Cherry Street. That Marriott hotel deal also stalled when the coronavirus halted banks’ interest in financing anything related to the hospitality industry.

This summer, Heath and Thornton came back to commissioners to ask them to consider phasing in the development. Instead of moving forward with the whole project, they initially want a parking deck built behind Government Center as part of the D.T. Walton mixed-use complex including 93 apartments and ground floor retail and restaurants.

The new construction will front Plum Street and stretching around the corner onto D.T. Walton Way, surrounding the existing buildings at the corner.

The developers said they secured financing for the lofts and 20,000 square feet of retail space.

Heath and Thornton say about $9 million is needed to build the first parking deck, which will provide 350 parking spaces.

Heath said Tuesday that he is actively working with the UDA and the county to try to come up with a plan to build the first deck and lofts once the market recovers.

“Part of it is we’re trying to wrestle with what COVID has done to the market,” Heath said.

He hopes to be able to move on that “as soon as possible.”

The county is anxious to have a new parking deck that could provide space for government workers and those visiting downtown and the City Auditorium.

Will COVID-19 kill off or boost planned downtown Macon projects?