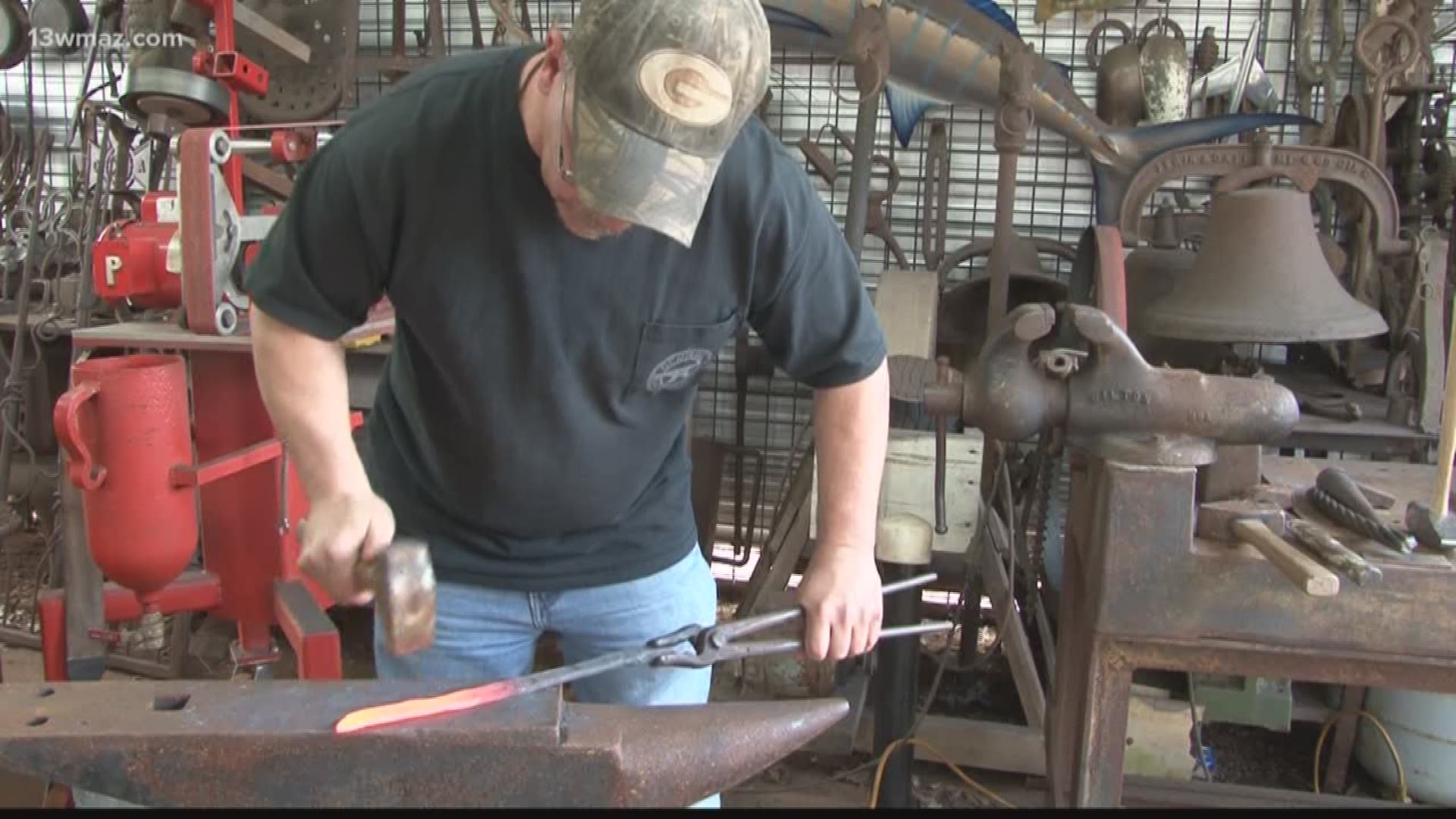 MACON, Ga. — A Jones County bladesmith competed on a History Channel show aiming to slash through the competition. On 100th episode of "Forged in Fire," 4 bladesmiths, including Mickey Thompson, went head-to-head in a series of tests to ultimately see who would make the best sword and bring home $10,000.

Thompson has been a bladesmith for the last 15 years.

Thompson says he was excited to show off his craft.

"It's a lot of hard work. It's nerve-wracking, but you walk away with a sense of pride because you gave it your all and you left everything on the forge floor," said Thompson.

Thompson says making blades is more than a hobby.

Thompson says it can take several hours to forge a crane cable into a bar, then into a blade, and finally into a knife. He says seeing the finished product is his favorite part.

"To me, it's a piece of art versus just a plain piece of steel that's been ground out," said Thompson.

"There's a lot of struggle, but as time goes on, you wind up picking the old pieces back up and turning them into something new," said Thompson.

He can only describe the craft in one way.

"It's a passion, it's definitely a passion," said Thompson.

Thompson says making blades is a hobby he hopes to do full time after he retires. He says he started learning the craft from a group called the Ocmulgee Blacksmith Guild.