The committee was scheduled to discuss the matter, but the real discussions happened outside the chambers. 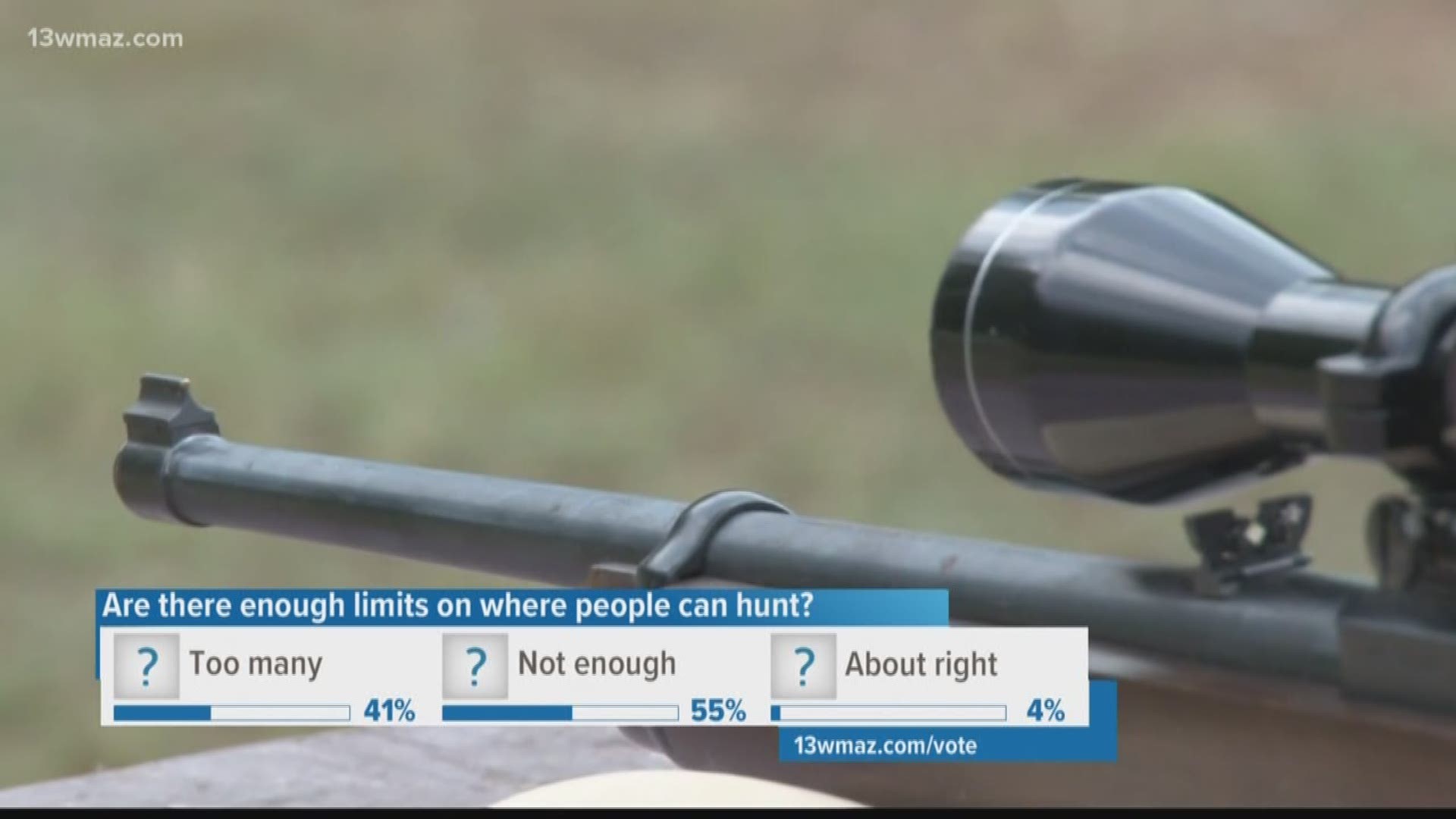 Macon-Bibb County commissioners are talking about restricting how close hunters can shoot near a home. Some commissioners are looking at prohibiting hunting within 250 feet of a home. Others have suggested 1,000 yards.

On Tuesday, a committee was scheduled to discuss that, but those plans changed pretty quickly after the meeting started.

Dozens of hunters dressed in camouflage and concerned residents packed the conference room. There were so many people that they moved to the larger chamber room. Later, the mayor and commission decided it would be best to hear from more people at a later date.

"It’s like you citing a drunk driver and then taking my car away," said Robbie Purser, a hunter.

It was hunters versus those asking for the restriction.

"And I don’t want to be the one restricted because it likely might," Purser said responding to Gainey.

For Purser, he thinks the 250 feet is too restrictive.

"We don’t want a blanket ordinance that is a blight on all of us for not having done anything wrong," he said.

"Most of these people hunt out of elevated tree stands. We know where the target is, and we know what’s beyond our target," he said.

Gainey says the problem is that those targets move, and she and most of her neighbors aren’t against hunting.

"But we have a tree stand up on a hill less than 200 feet from the first house in our subdivision," Gainey said.

The bottom line for the residents asking for the restriction: "There’s a proper time and place for all of this," she said.

Gainey said since the residential areas have expanded in Macon, the laws on hunting should, too.

"I understand the aggravations of moving a tree stand, but we can’t move our homes," Gainey said.

Sheriff David Davis was there to mediate the conversation between the two groups. He encouraged both sides to come to the table and find a solution.

"This is something that can be worked out some sort of way," Davis said. "Between folks who want to hunt and people who have residence."

All of this will be discussed further next week when the committee will have public comment.

RELATED: Georgia DNR: Man will be charged after shooting at duck hunters in Bleckley County