Film projects often use code names and secrecy, but there are plenty of clues out there pointing to a Marvel shoot in Macon. Here's how we broke it down. 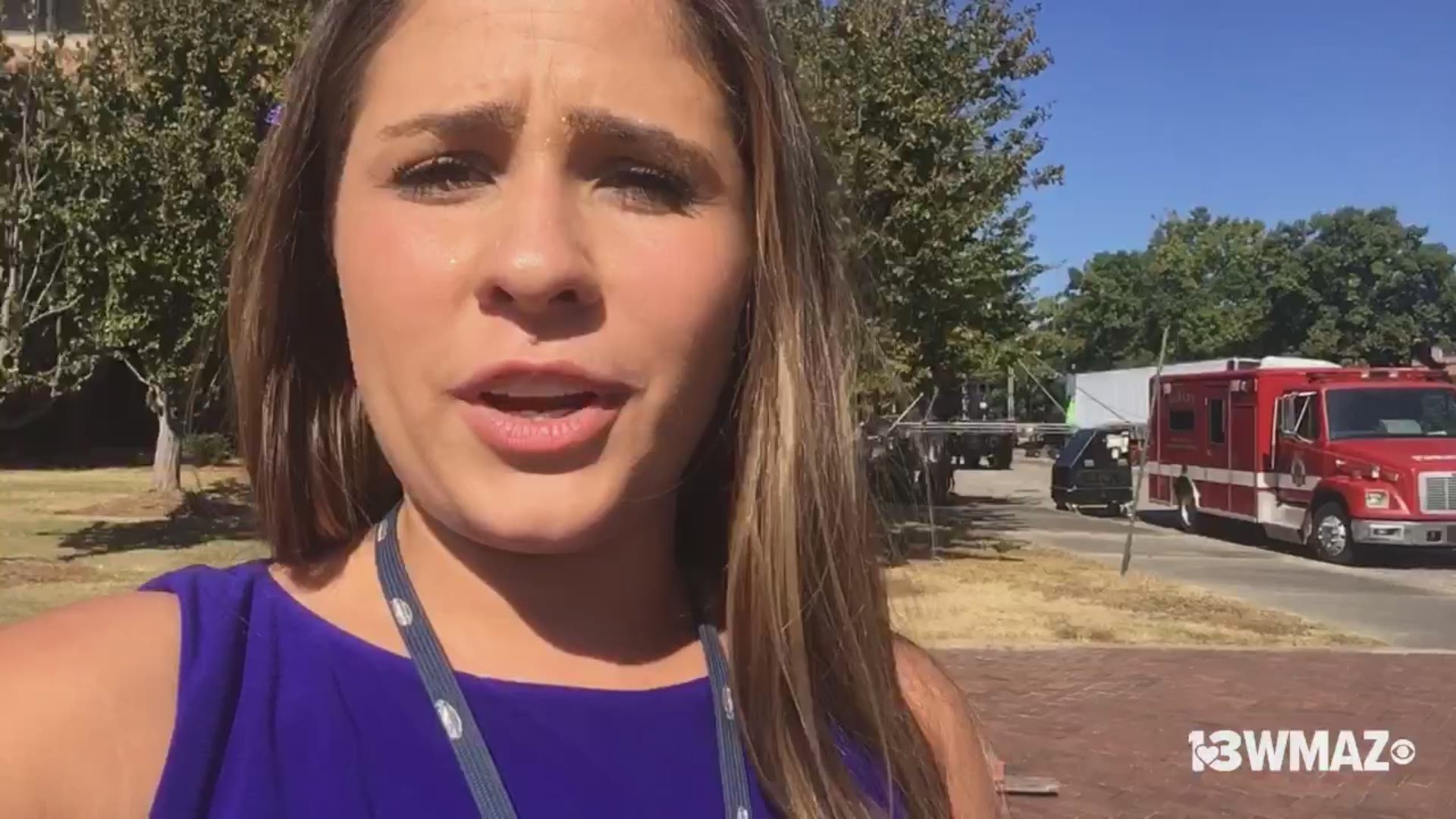 MACON, Georgia — A film shoot in downtown Macon is closing roads this week, but there are at least five clues pointing to what could be a major motion picture in the works.

Here's how we broke it down.

The project shooting in Macon this week is using the code name "Blue Bayou." It's common for productions to shoot under alternate names. For instance "Hillbilly Elegy" recently shot in Macon under the code name "IVAN." Georgia-filmed "Stranger Things" often shoots under "McFly."

In this case, "Blue Bayou" is our first big clue the Marvel Universe is landing in Macon.

A number of movie trade magazines report the new Marvel film "Black Widow" has been shooting in Europe under the same code name: "Blue Bayou." The movie stars Scarlett Johansson in the Avenger role she's portrayed across several of the Marvel movies dating back to "Iron Man 2" in 2010.

Sometimes production companies reuse names or use the same code for several different projects. That's where the contract with the city of Macon, Georgia offers some interesting clues.

We start right at the top of the 27-page contract.

The contract is between Macon-Bibb County and Romanoff Productions, LLC. Often movie companies create a special corporation just for a single film. The full name of Black Widow's alter-ego is Natasha Romanoff.

As we dig a little deeper, we start seeing more clues that the use of a Marvel character in the name of the company is probably more than just a coincidence. The designated media contact is John Pisani. Not only does he have a Marvel Cinematic Universe (MCU) email address, he was also the Unit Publicist for at least 14 different Avenger and Marvel movies dating back to "Iron Man" and "Avengers: Endgame," according to his listing in the Independent Movie Database.

Next, we find an address for Romanoff Productions, LLC in the contract. A quick web search shows 500 South Buena Vista Street in Burbank, California is the office for Walt Disney Studios, which owns Marvel. That same search also shows several other Marvel movies tied to that same address.

Our final clue comes on the signature page. That's where we find David Galluzzi. According to a number of listings, he's the chief legal counsel for Marvel Studios.

There's nothing definitive, but in the secretive world of movie shoots, if you assemble the Avenger clues, the evidence is pretty clear.