Terrance Howard III (T3) is the grandson of the late Terrance Howard, who played basketball for Southwest and later Auburn University 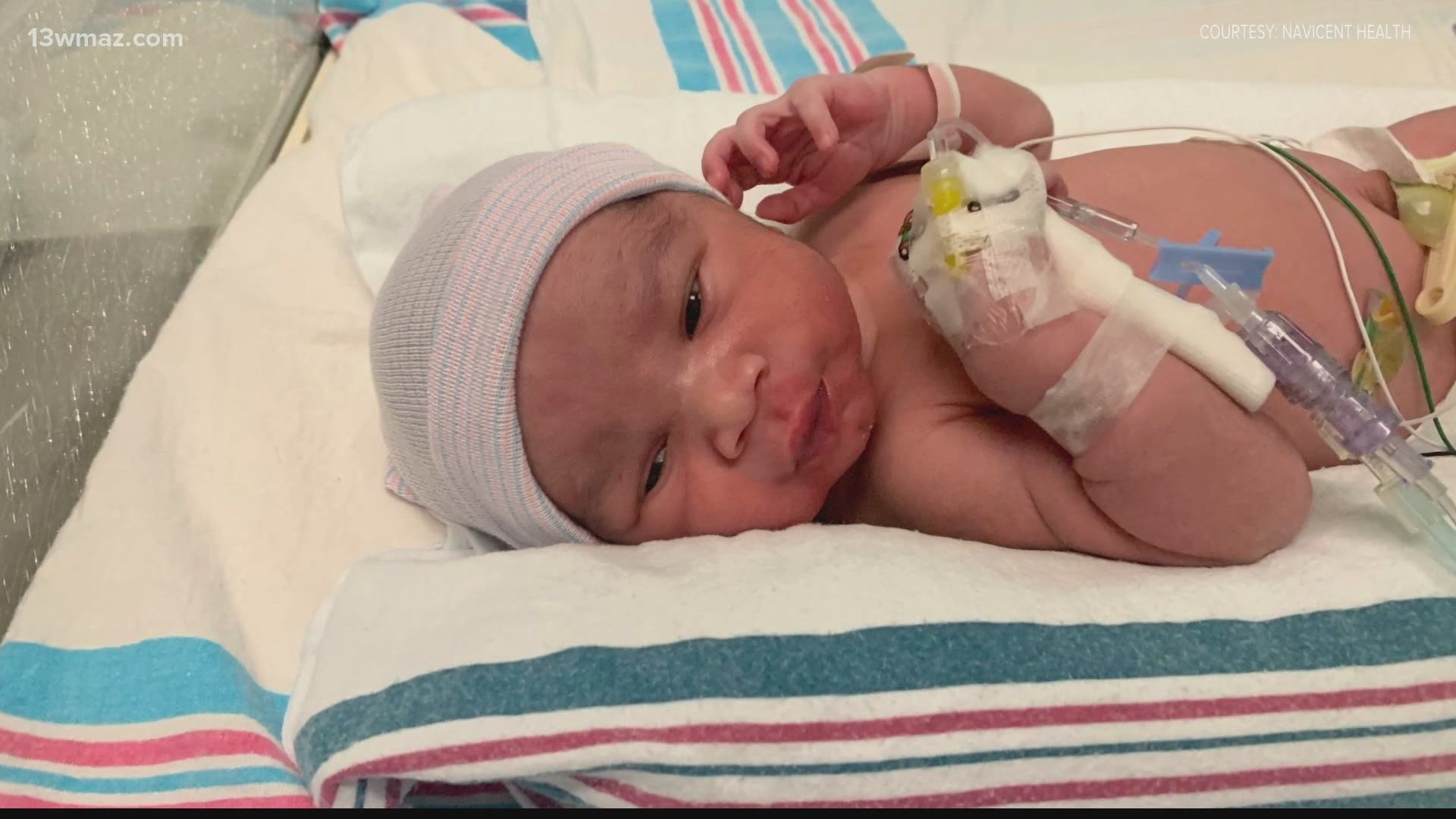 MACON, Ga. — We don’t know what 2021 will hold, but we do know each new day will bring a reason for hope and a chance for something good to celebrate… no matter how small.

When 13WMAZ shared the photo of T3, his father commented and confirmed he’s the grandson of the late Terrance Howard aka Crow, a Southwest basketball player that went on to play for Auburn University in the mid-1980s.

At the time of his death in 2019, he was only one of six players to play in the NCAA Tournament for each of his years at Auburn, according to the school’s Lettermen’s Club.

It’s with great sadness that Terrance Howard (aka Crow) was called home today. Crow played from 84-88. He is one of 6 players to play in the NCAA Tournament each of his 4 years at Auburn.

He was one of a kind and will be dearly missed. RIP Crow. Say hello to Bull pic.twitter.com/ZWtNocO2un

Just down the street and a few hours later at Coliseum Medical Centers, a baby girl was born at 8:17 a.m.

To all new parents today and every day, CONGRATULATIONS!

Here are 10 heartwarming stories you might have missed in 2020