Georgia Republicans released their plan on Monday, and the General Assembly is scheduled to discuss it starting Nov. 3 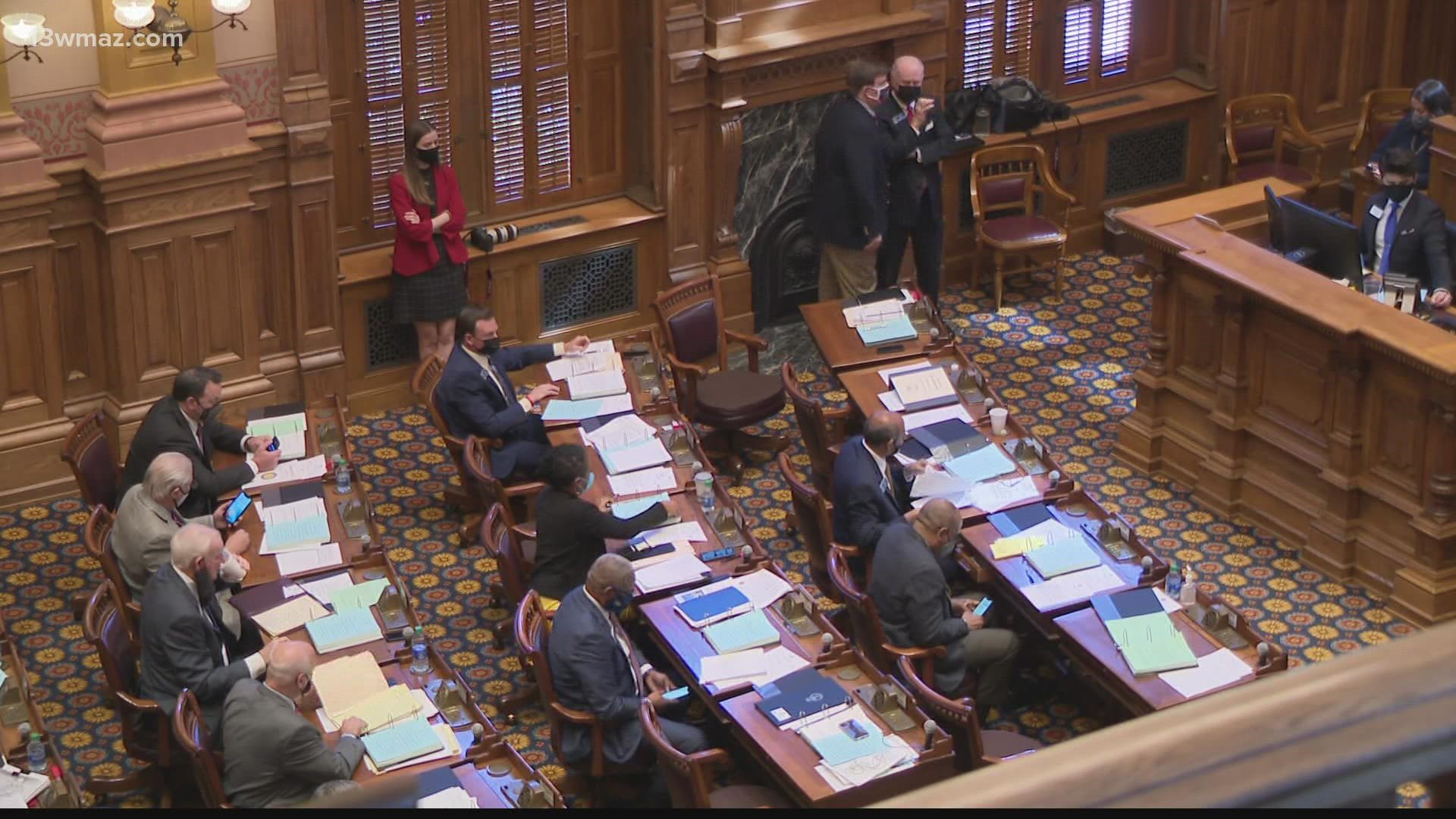 In Central Georgia, Districts 8, 10 and 12 could see some changes. Meanwhile, the most drastic differences in the state could be in the Atlanta-area.

Legislators are set to meet on Nov. 3 for the once-in-a-decade redistricting process.

Every 10 years, after each U.S. Census, legislators need to look at every state and federal election district. The idea is to make those districts roughly the same size.

Based on the proposed changes, the most significant difference statewide is in Districts 6 and 7. They are currently represented by Congresswoman Lucy McBath and Congresswoman Carolyn Bourdeaux, respectively.

The two seats flipped from Republican to Democrat in 2018 and 2020.

McBath's district, District 6, covers the east part of Cobb, north sections of Fulton and DeKalb counties. But with the state Senate's newly proposed map, her district could potentially cover nearly all of Forsyth County, which is historically a red county.

Then, Bourdeaux's district could move from representing Forsyth and Gwinnett counties to representing over half of Gwinnett County and a sliver of Forsyth County. Those changes makes it safer for Democrats to keep the seat.

The big differences in Central Georgia are among Districts 8, 10, and 12.

The Republicans' plan would switch the northern tip of Houston County from Scott's District 8 to Sanford Bishop's District 2.

With these proposed changes, District 8 may gain some counties, including Wheeler and Jeff Davis, but lose Wilkinson.

Wilkinson County could be moved to District 12, which is represented by Congressman Rick Allen. District 12 currently covers counties like Laurens, Treutlen, Johnson and Wheeler, and stretches all the way to Georgia's coast.

The proposed map shows that Washington and Johnson counties, as well as the southern portion of Baldwin County, could move from District 10 to Congressman Allen's District 12.

According to University of Georgia political science professor Charles Bullock, southwest Georgia's 2nd District, held by longtime Democratic incumbent Sanford Bishop, needs to gain the most people -- a total of 92,000. The only change to the district on the proposed map is that it could stretch into Harris County.

“It is clear that this map not only meets principles of redistricting, but we are proud to present a map that regardless of political party, Georgians can be proud of,” said Lt. Governor Geoff Duncan said in a press release. “Ensuring that any maps we produce are fair, compact, and keep communities of interest together, will continue to be of upmost importance.”

“Even given the delay of official Census numbers, the Senate Redistricting Committee has diligently worked to ensure that we hear from citizens across all regions of the state,” said Chairman John F. Kennedy in a press release Monday. “Looking at this map, it is obvious that Georgians have been heard, and will continue to be heard.”

RELATED: Georgia to begin redistricting process in November: What you need to know