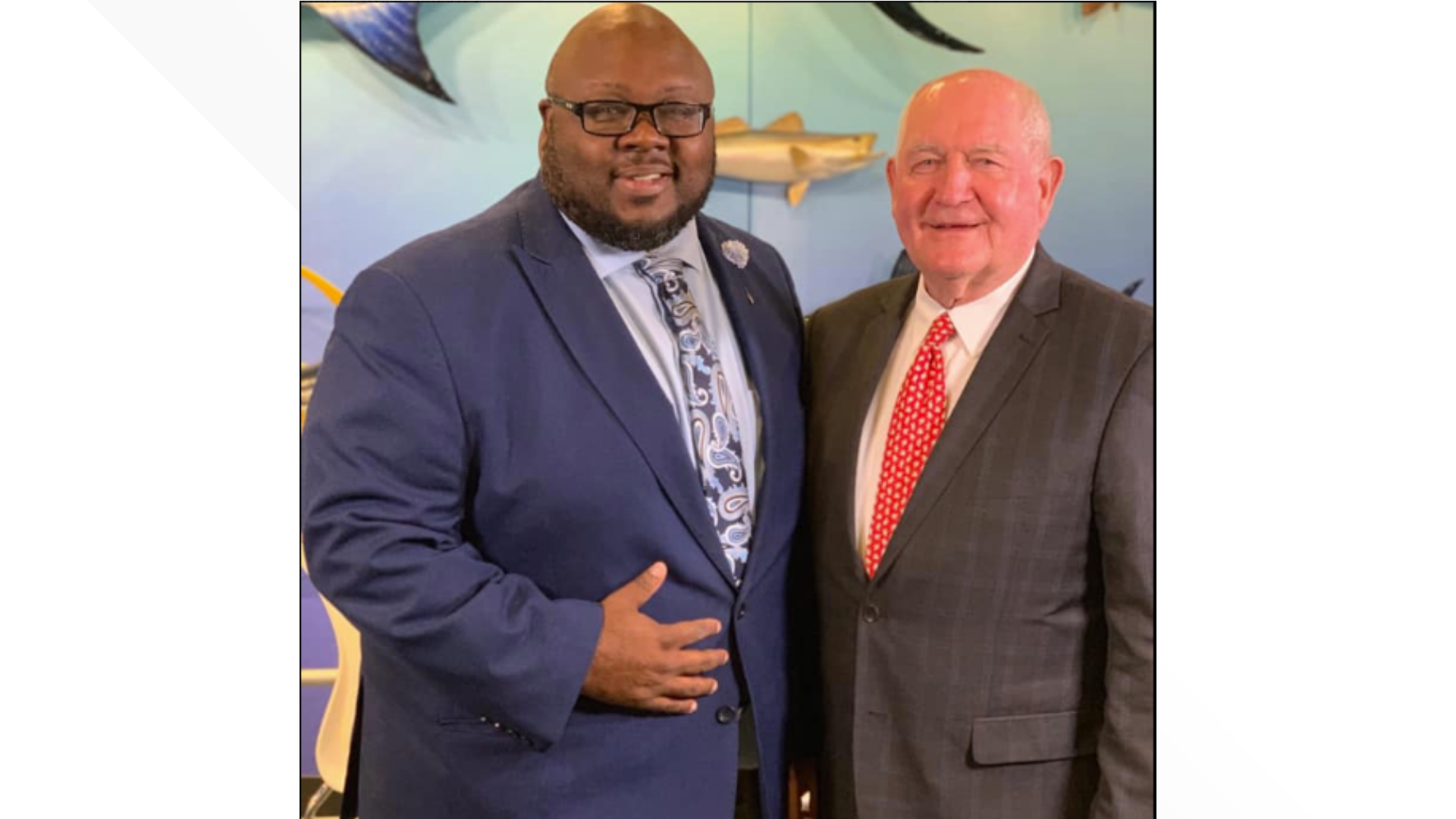 PERRY, Ga. — He doesn’t get a chance to talk about things other than politics these days, but former Georgia Governor and current Secretary of Agriculture Sonny Perdue stopped in Central Georgia to talk nothing but sports.

Perdue enjoyed success on the gridiron, from Little League, to quarterbacking at Warner Robins High School and eventually playing for the legendary Vince Dooley at the University of Georgia.

Here are his thoughts on the college football playoffs, Georgia’s chances in the SEC Championship, and his high praise of current QB Jake Fromm.

Q: Let's talk about you and Jake Fromm. You guys have a lot in common?

A: Well, I wish I had a lot in common with Jake Fromm. Jake Fromm is a major coach on the field. You know what I like about Jake Fromm? It's about the team and not him personally. He could put up some star numbers week in and week out if he wanted to, but Jake Fromm is a winner. He's not about a winner for himself, but for the team and I think that's the the most impressive thing about that young man. He's gonna make a great quarterback on Sundays for somebody who is smart enough to understand his winningness.

He's got that Tim Tebow 'it' factor of winning and that's it. He's a student of the game -- he's really a coach of the game -- a leader in a way that is totally selfless in the way that he performs his duties. He's always looking play-by-play at what's going to put that team ahead. I think that he can do anything, but mostly it's that winning 'it' factor and the mental ability. He's like that coach on the field that just sees the whole thing.

I'm proud of him, proud of him being from Houston County, proud of those little league days where my nephews [and] grandnephews played right along with Jake. We're just really happy for him.

Q: Talk about the Bulldogs, in general, have you been able to follow them [and] what do you think about their chances?

A: Well I follow them obviously. We thought this year was the year, which I think it can be. We knew early on while we were all disappointed about the South Carolina loss that the future was still theirs and they were still in control of their own destiny. So far, that's all played out well. Coach Smart is smart enough to know the next game is the most important one, but if they do that, then they're going to go in to the playoffs and have a good chance there.

Q: How do you feel about the playoffs? Do you think it should be expanded? Everyone is going to always say it should go from 4 to 8 to 12.

A: Yeah, I think this time of year we always think about this. How do you finally distill all of this down to the four best teams? And there may be some of that controversy coming here today. I'm just happy Georgia is in that top four right now unlike in previous years. You know, you take a team like Alabama that loses to the number one team LSU and these region playoffs...these conference playoffs really have made it tough for maybe the two top teams in the country coming from the same conference to be in those playoffs. I think probably the public would really like to see it go out to eight...probably no more than eight. I think you get to 12 and you really expand it past. There's probably a different level of play that we think in that top five to 10 that makes a difference. I think eight could accommodate that.

Editor's Note: Sec. Perdue's comments have been edited for length and clarity.

You can see an extended cut of Perdue's interview with Marvin James below in two parts.

SEC Championship Game in Atlanta: Everything you need to know