The GBI is assisting in the investigation with McRae-Helena Police 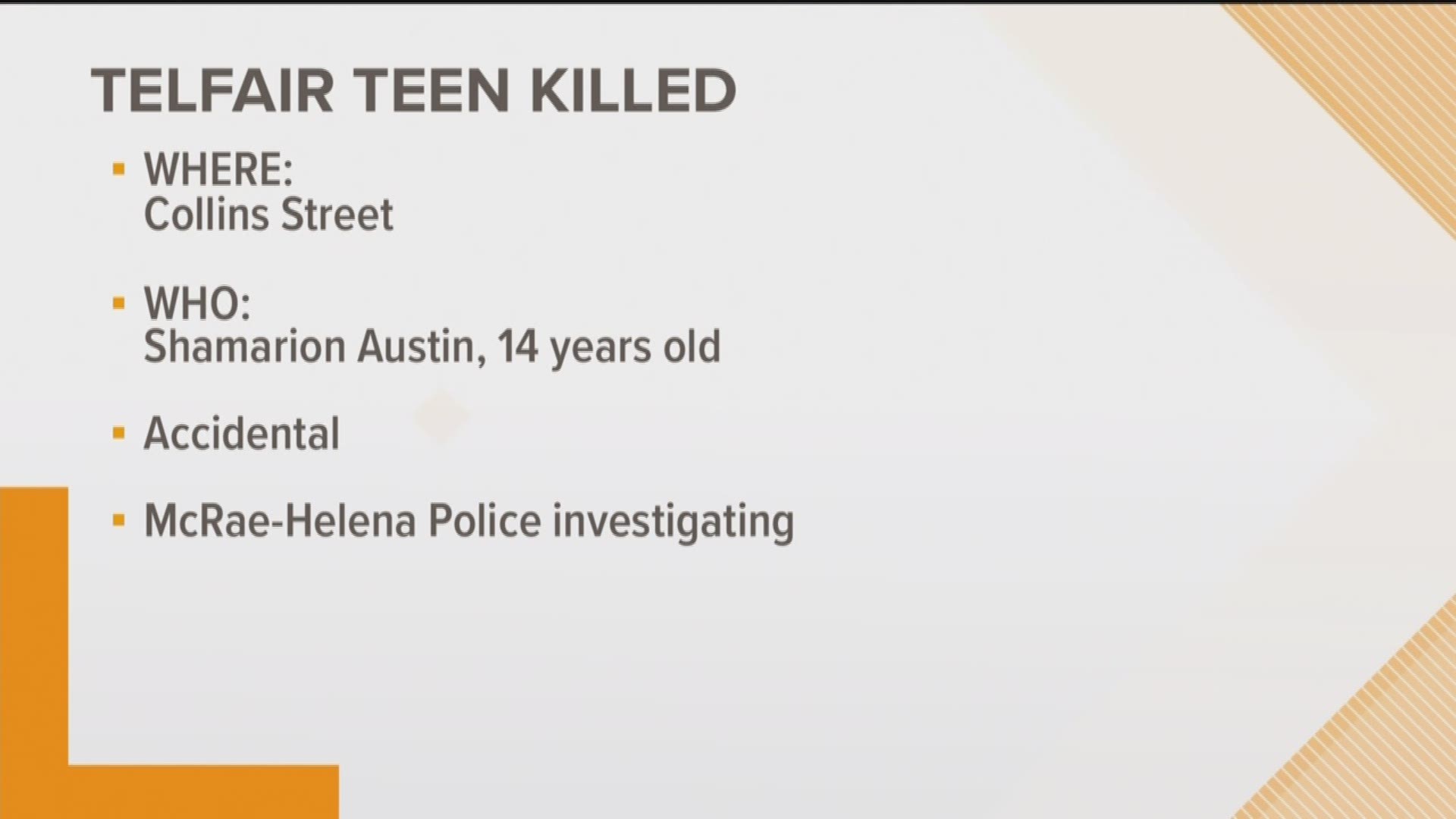 MCRAE-HELENA, Ga. — A Telfair County teen died Wednesday in what investigators believe was an accidental shooting.

According to McRae-Helena Police Chief Glenn Giles, the call came in for a shooting at a home on Collins Street around 6:30 p.m.

Both the Telfair County Sheriff’s Office and McRae-Helena Police responded, but since the address is within the city, the police department is handling the investigation and they requested the GBI’s assistance.

Giles says that based on their preliminary investigation, the shooting involved two juveniles and that a family member of 14-year-old Shamarion Austin accidentally shot and killed her.

The investigation is ongoing and Giles said he is unsure of charges at this time, but their findings will be discussed with the district attorney.

He asked for anyone with information to call his office and ask for him or Inv. Robert Johnson directly. That number is 229-868-2093.