Unbeaten this season, the Vikings have found a way to get to 2-0 with a very young group, and they're showing that it's not necessarily experience that matters. 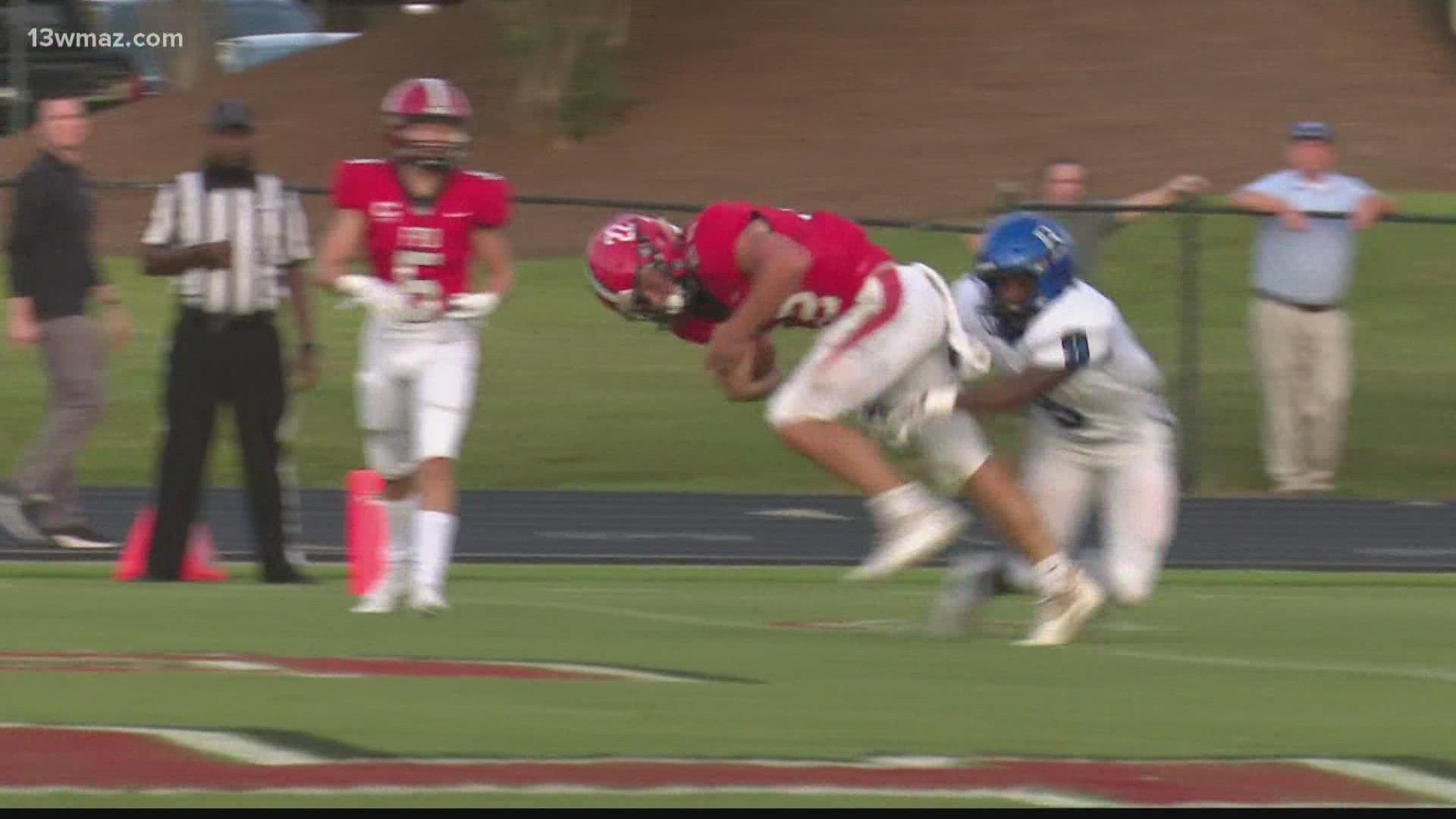 MACON, Ga. — Unbeaten this season, the FPD Vikings have found a way to get to 2-0 with a very young group, and they're showing that it's not necessarily experience that matters.

"2-0 is gone, and we play a really good team Friday night, and they don't care what our record is," said Coach Greg Moore.

That's pretty much all you're gonna get when you ask the FPD Vikings about their strong start, because, as impressive as it is for a very young group, "We've still got a lot of young kids trying to figure some things out, so now, they've had two chances to figure it out and that's all," said senior linebacker Coleman Cauley.

Most of the Vikings on the perimeter are taking their first-ever varsity snaps this fall.

"I wouldn't say there's a superstar so much as there is several guys that are really playing hard," Coach Moore said.

"Just keep grinding, we're getting better every day. Just getting them ready for scout team, and getting us ready. If they're ready, we're ready," said Cauley.

On the practice field the basics are important, but more than anything now, it's about teaching the guys that 2-0 is only 2-0.

"It really doesn't matter if you're 2-0 or 0-2. We want them to understand that the next game is the only thing that matters," Moore said.

The Vikings might not have their superstar yet, but they might not need one, because what they lack in experience, they'll make up for in the work on the field.

"Oh, it's great -- we get hyped in the locker room after each game and we're just ready to go for next week," Cauley said.

Coach Moore stated, "Hard work and effort and some discipline, doing some things right, goes a long way. Probably more than anything that's why we're 2-0 right now. We've played really hard and the kids are trying to do what we're telling them to do and they're trying to do it the right way."

FPD is making the trip to Augusta Friday night to face Aquinas.