From strangers to family, organ donor meets the woman he helped save 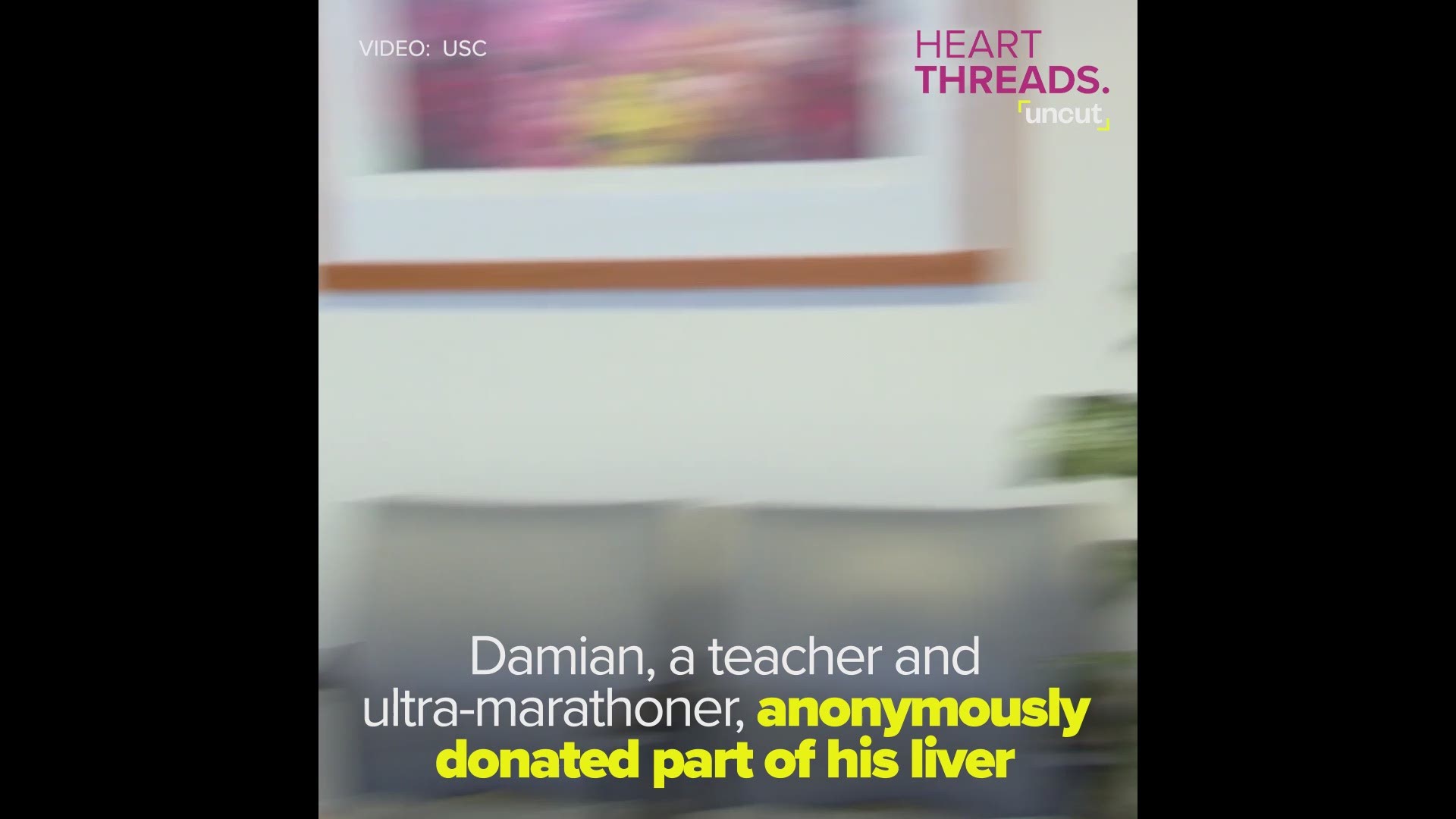 These are the words 57-year-old Damian Delaney lives by.

Yet, his health was never in jeopardy. He learned this lesson through a complete stranger.

Now he hopes that others will take note and consider organ donation.

A long road ahead

As an avid-runner, Delaney delighted in sharing his runs with his good friend, Xochilt Alvarez.

Yet with the more miles they shared together, Alvarez's health deteriorated. What initially started as side pain evolved into liver disease. She needed a transplant.

After learning he was a match, Delaney decided to donate.

Together they embarked on a different kind of marathon. Over the next six months they attended countless doctor appointments in preparation for the transplant. But then suddenly the race was over. On their last appointment before the surgery, they received a shocking update.

"Her blood tests started to show her liver was functioning where she didn't need a transplant anymore. We were both stunned," Delaney said.

As he made his way to his car, he decided to turn around and go back upstairs to the transplant center in Keck Medicine of the University of Southern California (USC).

"At first I wanted to help my friend, then I wanted to donate for anyone. Didn't matter who it was," said Delaney.

Delaney was placed on the anonymous donor list in April of 2018.

In August, he received a phone call informing him he had been matched with a recipient. The only information he was provided with was that his liver would be going to a 29-year-old woman.

Both Delaney and his organ recipient expressed interest in meeting one another but due to hospital policy, it wouldn't be until post surgery. But as the days ticked on, the meeting continued to be postponed due to health issues in the anonymous recipient.

Finally, in March 2019 they were both well enough to meet.

Delaney was put in a room at Keck Medicine at USC and waited.

"I was trying to think about what to say and my mind was completely blank," said Delaney.

For the words Delaney lacked, Breana Shaw made up.

As Shaw entered the room, the two strangers who now shared an organ, became family.

Delaney learned that without his donation, Shaw may have been in the thousands of people that pass away while on the national organ transplant wait list.

"I feel like thank you is not enough. I'm eternally grateful," Shaw told Delaney. "I promise not to waste this second chance."

Since the transplant, Shaw and Delaney have continued to communicate weekly. Delaney regards her as his family.

"She's a beautiful person. I told her I think God had a hand in all of this and I'm so happy she was able to get part of my liver," said Delaney.

Delaney hopes that Shaw and his story will help raise awareness around live organ donation and the beautiful gift of a second chance at life.