Dog, owner have happy reunion after being separated for 200 days

Blue's owner never gave up on him. Neither did the shelter that took him in after he disappeared. 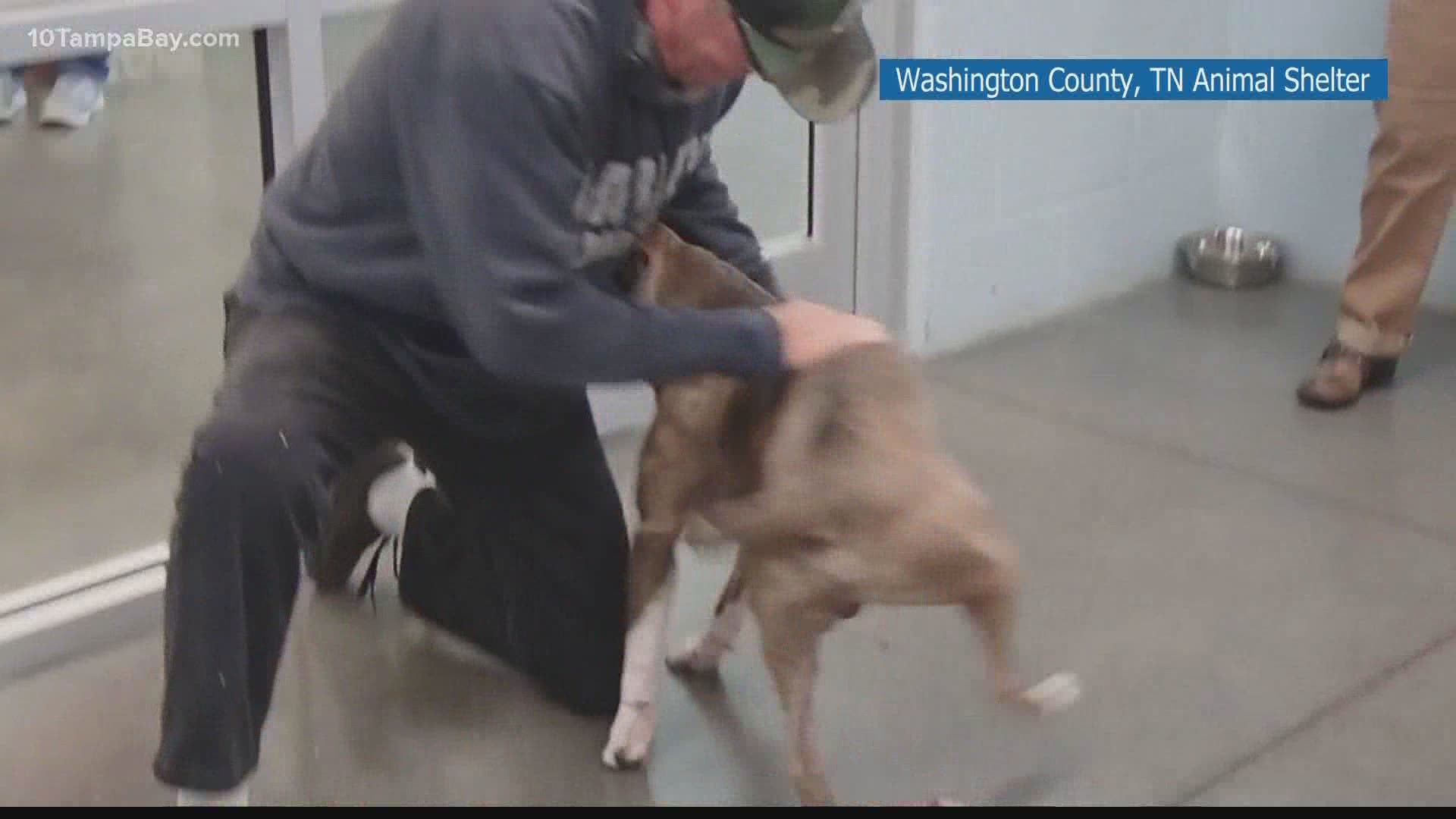 WASHINGTON COUNTY, Tenn. — Two-hundred days and 1,200 miles separated a dog and his owner. But no time or distance could keep them apart forever.

The Washington County, Tennessee Animal Shelter shared the touching story on its Facebook page. They say a man named Pat lost his dog, Blue, a little more than six months ago. Pat searched for Blue, but couldn't find him before he had to move to Texas for work. He thought his dog was gone for good.

Pat's luck changed when a friend sent him a video. He immediately recognized Blue playing around at the shelter. Pat got in touch with the shelter, then drove all the way from Texas to Tennessee to bring his dog to their new home. The shelter caught the happy reunion on video.

"That's my boy, that's my boy," Pat says as Blue runs up to greet him with a tennis ball.

The shelter says it doesn't see happy endings like this often, but this is why they never give up.

"There were some tears, tons of doggie kisses and lots of smiles," the shelter wrote on Facebook. "What a great story! We are so happy that the dog we named Bones is back with his dad and ready to catch up on some lovins."