As health experts warn of a possible fourth surge in cases, Georgia continues to see improvements, but some central Georgia counties show an increase in new cases. 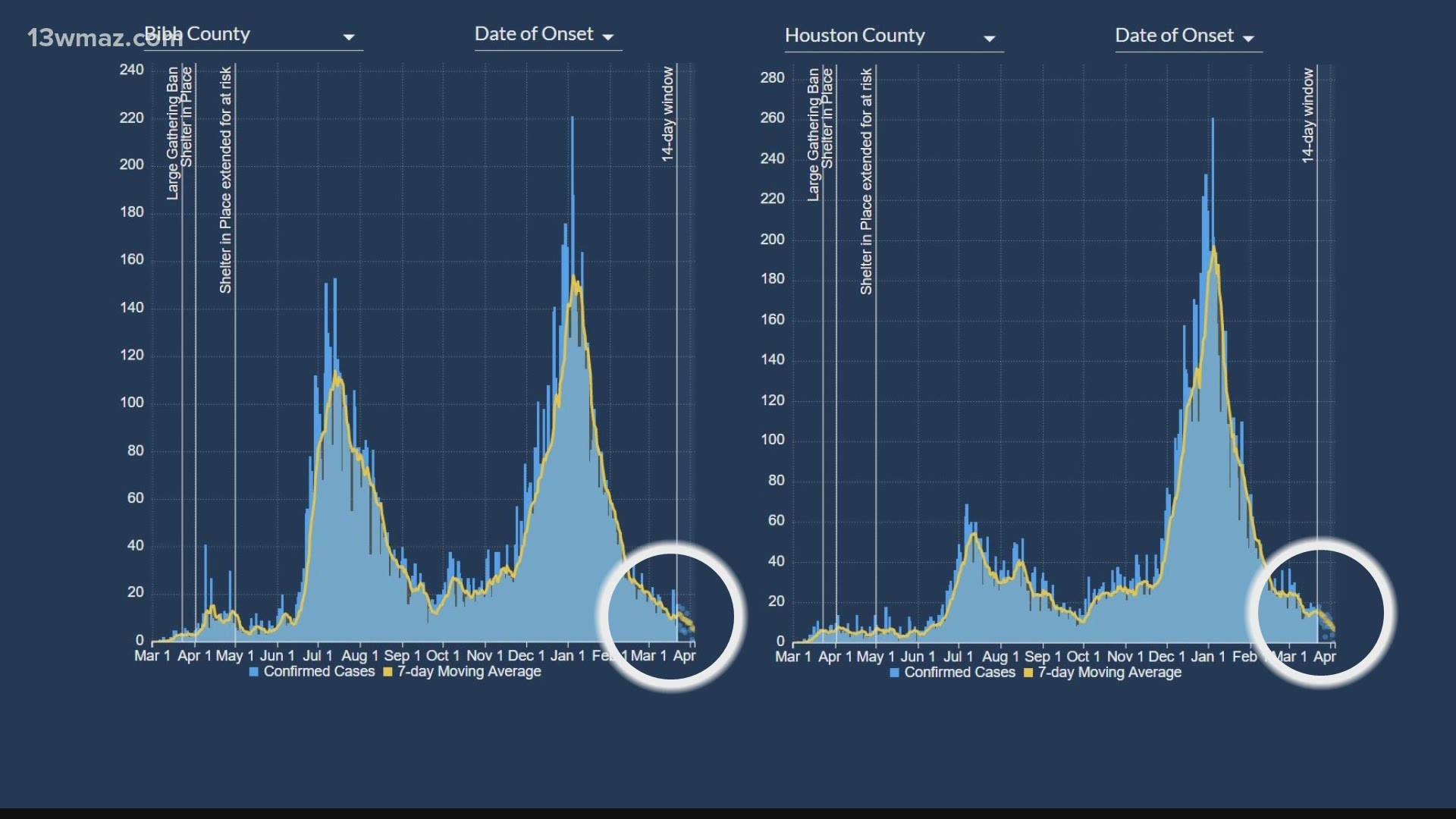 MACON, Ga. — Georgia has seen a steady drop in new cases since January, but it does appear those improvements are slowing down. Meanwhile, health experts continue to warn about a possible new surge in cases.

Georgia's case curve also does not show the typical steep drop-off within the preliminary window. Tallies in this window usually increase as the state receives more test results, so time will tell if this marks a turning point and cases creep back up.

The trend is a little more clear in some central Georgia counties like Bibb and Houston. Both show cases starting to increase leading into the two-week preliminary window. These are not large spikes in cases, but the curve is certainly not heading in the direction health experts want to see.

Credit: WMAZ
Georgia started to see a slight uptick in the daily death toll heading into the preliminary window.

Meanwhile, there is a slight uptick in deaths tied to the virus in Georgia,  though the change is very small.

Credit: WMAZ
After reaching the lowest levels since June, Georgia saw a slight increase in new patients but the number started to trend back down shortly after.

There is a similar trend in hospitalizations across the state. About two weeks ago, Georgia's average daily hospitalizations reached the lowest since last June. Those numbers then increased from 74 back up to 90 new patients a day  and finally started dropping again within the last few days.