'It's a shame': Dozens meet to remember Washington County man tased to death by deputies

A judge threw out the charges against the former deputies for the death of Eurie Martin. 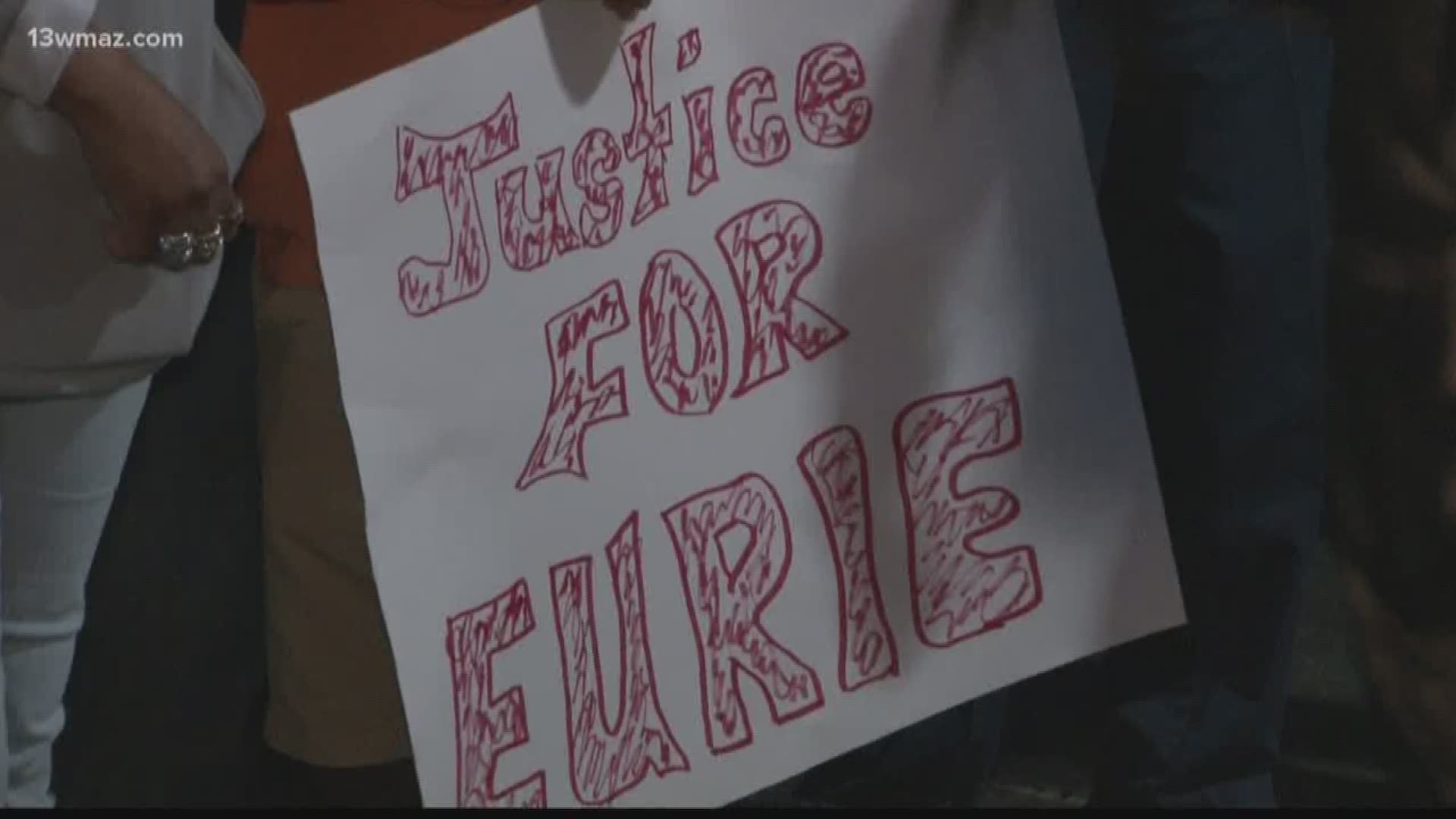 MACON, Ga. — On Monday night, nearly 50 people met to remember a man who was tased to death in July 2017 by three former Washington County deputies.

A judge dismissed the charges against the deputies in late November.

Family, friends, and community members prayed and shared stories about Eurie Martin outside of the Sandersville courthouse.

Some of them told 13WMAZ they're upset about the ruling, but they are hopeful they'll see change in the future.

"That is scary. That is dangerous," said Quentin Howell with the National Association for the Advancement of Colored People (NAACP).

Deputies Henry Lee Copeland, Michael Howell, and Rhett Scott responded to a call of a suspicious person walking along the road near Deepstep.

The deputies said they continued to tase Martin because he fought with them, but a witness sent video to 13WMAZ that showed that wasn't true.

Judge H. Gibbs Flanders approved the ex-deputies' motion to throw out the charges because they believed they were under attack and needed to defend themselves against Martin.

"This has been a horrible, horrible travesty and also a terrible miscarriage of justice," said organizer Tabitha Johnson-Green.

"This whole case is not a black or white thing. It's more of a right or wrong thing," said Howell.

Among the crowd was John Hagans who says he's worried about what the case could mean for the safety of people in the community.

"Martin was a fun loving respectful man who would help anyone and give them the clothes off his back," said Howell.

"These three officers killed this man, Mr. Martin, for nothing and their reward for that was granted immunity," said Jordan.

Hagans says the case hits close to home because it could have been him or one of his family members who died.

MORE ON THE MARTIN CASE