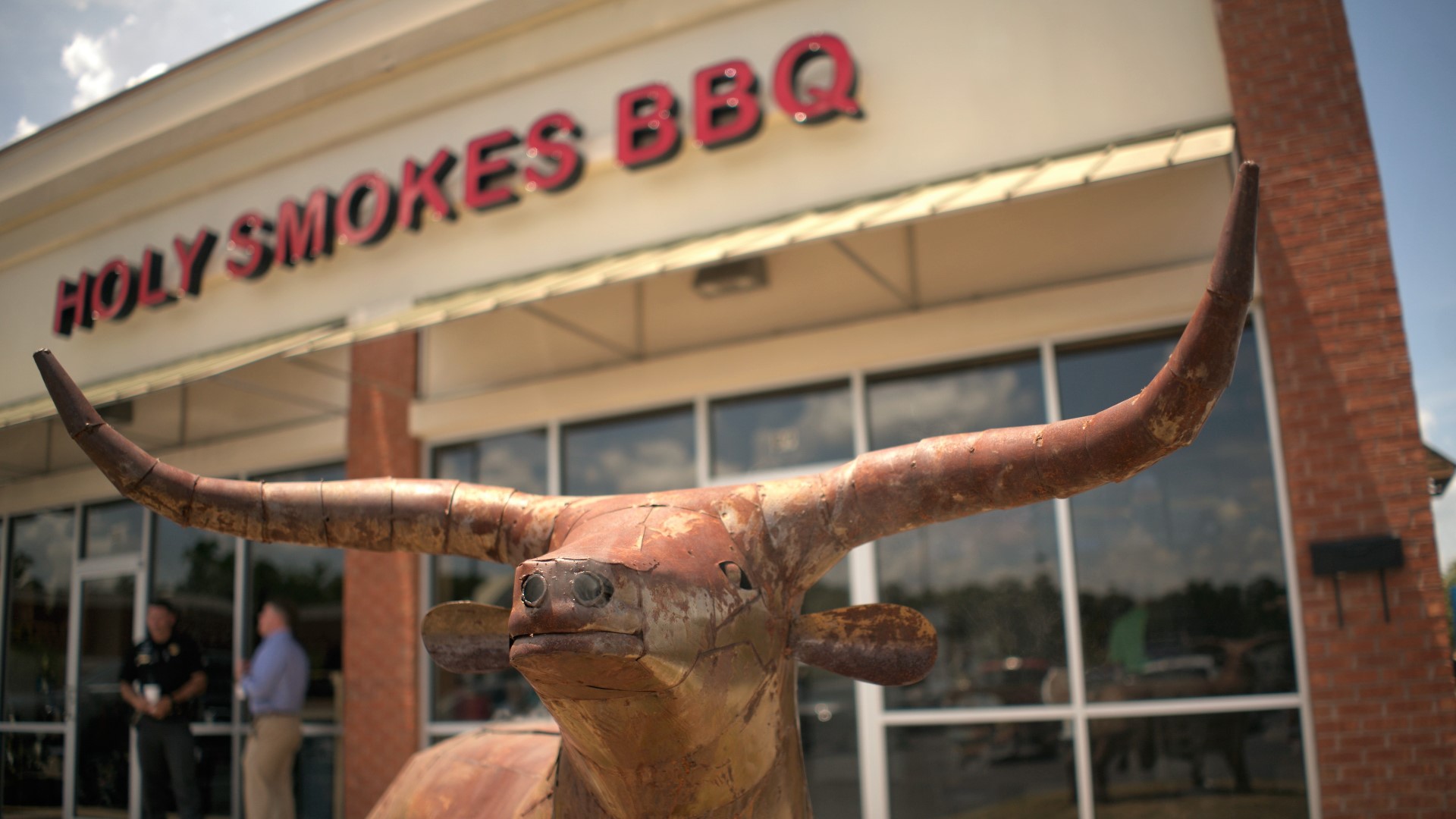 DUBLIN, Ga. — Holy Smokes BBQ has only been open for two days and the restaurant's lunch time line is already out the door.

Gary and Dionn Lanton originally opened the barbecue joint as a food truck, and on Wednesday the couple officially got rid of their locally-famous food truck and opened their first permanent location in Dublin on Hillcrest Parkway.

“I never though this day would come though,” Dionn said. “We always joked about having a restaurant.”

Gary, the pit master at Holy Smokes, says they decided to get rid of the food truck so amenities like restrooms and air-conditioning would be more readily available for the customers.

“In the middle of July like this, air conditioning definitely helps,” he said.

Gary says the food truck allowed him and Dionn to learn the ins-and-outs of the restaurant business without forcing them to suffer the consequences of making costly mistakes.

“We knew how to cook good barbecue, but we didn’t necessarily know how to run a restaurant correctly,” Gary said.

In the early 2000s, Gary said he saw the show BBQ Pitmasters and couldn't believe people won money by cooking something he's loved cooking his whole life. He bought a small smoker and learned how to cook “good barbecue,” which led them to start up Holy Smokes.

“I really was not satisfied with doing construction, I really wanted to do what I liked to do, which was cooking,” Gary said.

Since then, the Lantons have won several barbecue competitions across the state. One of their titles includes the “Best Barbecue in Georgia” award which they won while on -- wait for it -- the show BBQ Pitmasters.

“We saw that and a couple years later we were on it and winning the title,” Gary said.

Days at the new restaurant start as early as 5 a.m. for the Lanton’s and do not end until after 9 p.m. Dionn said Gary does most of the cooking and she helps run the restaurant.

The couple also has four kids together and Dionn is a full-time nursing student. She took a semester off for the summer to help start up Holy Smokes.

Nevertheless, the Lantons are still eager to bring the community the food and service their customers expect.

RELATED: Dublin youth on the road to success

“I lived in Texas and that’s the best brisket I’ve ever had,” Samantha Scott said as she finished up her lunch.

Maggie Wicker ate at Holy Smokes for lunch both days it’s been open. She said she remembers the restaurant as a food truck.

Gary says he expects the Holy Somkes shift to a permanent restaurant to help the couple's business.

“Where we were, there just wasn’t much traffic in the evening times and where we are now it's very busy pretty much all the time,” he said.

The Lantons have added new items to their menu since they opened a permanent location. Dionn says most people come to the restaurant for the ribs, but a new signature sandwich called 'The Hot Momma' is worth trying.

It's a pork sandwich with queso, mac and cheese, jalapenos and extra sauce.

Gary says if this location is successful, he hopes to open another one in a different city in the future.

“We’re ready to serve you the best barbecue you’ve ever had,” Dionn said.