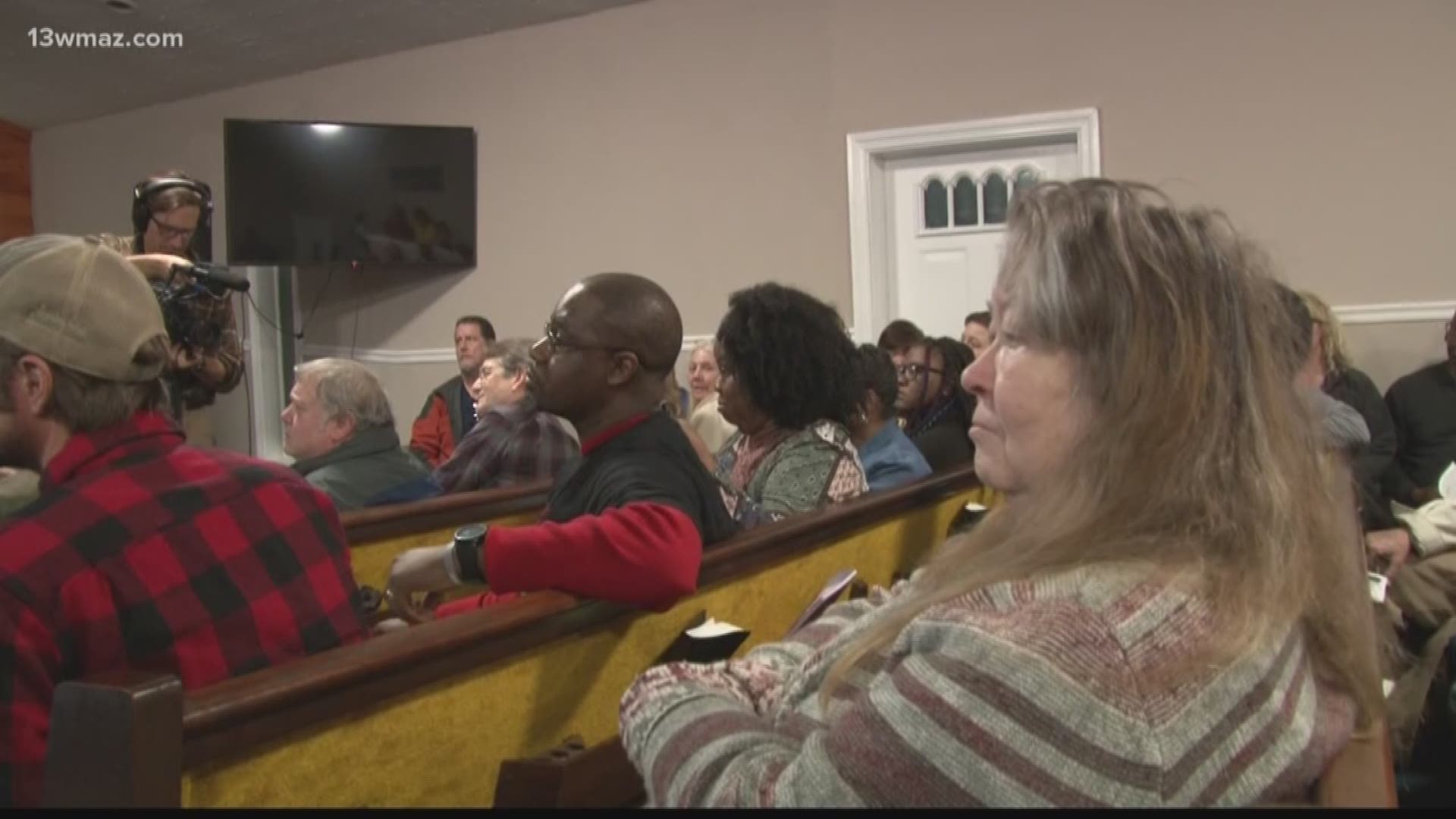 Altamaha Riverkeeper explained toxic chemicals that can be found in coal ash ponds.

Fletcher Sams with the organization says, "The same things leaking out of those monitoring wells are the same things we're finding in peoples drinking water."

One Juliette man asked, "Is there a filtration system that someone could put in their house that could help?" Another woman wondered, "How long would it take to clean itself up?"

The environmental group told people they believe the groundwater is contaminated after numerous water tests at homes in Juliette.

"1,000 wells that are drinking the same water that, that ash is sitting in," says Sams.

Many questioned how far the contamination goes, "if it's in the ground water is it in everything else?"

While there were countless questions, several people shared concerns.

Michael Pless attended the meeting. He says people in Juliette could benefit from the Riverkeepers' information, "At the very, very least for them to protect themselves, and stop drinking the water until we can figure out just how bad it is."

The Riverkeepers asked people to fill out surveys about their concerns, and water drinking habits at home.

They say every voice helps build a stronger case in changing Georgia Power's plans on shutting down coal ash ponds in a safer way.

The Riverkeepers are working to pass a new bill in the Georgia Assembly. They say municipal solid waste landfills have bottom liner to make sure garbage doesn't pollute groundwater.

The bill would add a new policy to the Solid Waste Management Act that includes rules on coal ash disposal.

In the meeting, Sams asked people to call state representatives and ask them to sign the bill that helps enforce a safer closure of the coal ash ponds.

The environmental group is hosting one more meeting this week on Thursday from 6 p.m. to 7:30 p.m. at Forsyth Presbyterian Church on Jackson Street in Forsyth.