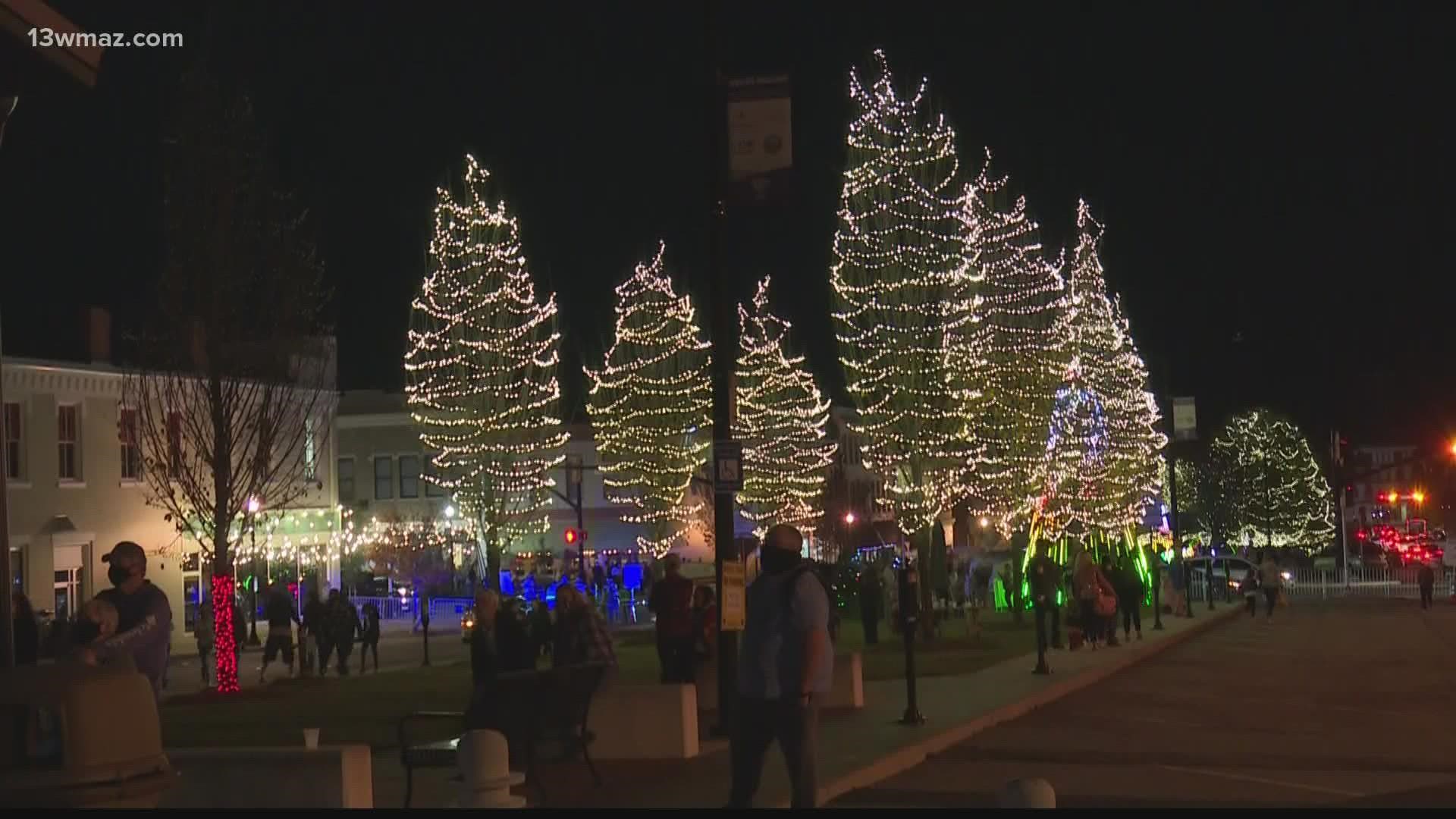 MACON, Ga. — Bryan Nichols has a nickname of sorts.

“I get called 'Skinny Santa' a lot," he said with a chuckle.

This is Nichols' fifth year orchestrating the light show extravaganza. He will work like one of Santa's elves up till the last minute stringing up a half a million lights and making sure the snow machine is ready to shower down the fluffy stuff.

“We added six new songs this year, so now there are 25 songs going to be in the show. We're going to make it -- the six and seven will be completely different, he said confidently.

Emily Nichols is with NewTown Macon.

“We've been able to use cell phone data to see who comes down for the show,” she said.

Last year, those numbers dipped dramatically, but we were still grappling with the worst of the pandemic.

“We've had businesses on Poplar Street tell us they've opened just because of this show because it brings so many people downtown," Emily said.

.It's a number that would make the Grinch smile, and Nichols says it's not just the streets with the lights that benefit.

“It's impacting all of Macon and Bibb County with all of the tourists that come in who are staying at the hotels and eating at the restaurants all over town," he said.

Don't forget -- the fun with the concert and the lights turning on will happen next Friday night starting at 6 p.m. at the corner of First and Second streets.