Matthew and Kelly Barnard began the process of growing the young trees back in 2017. 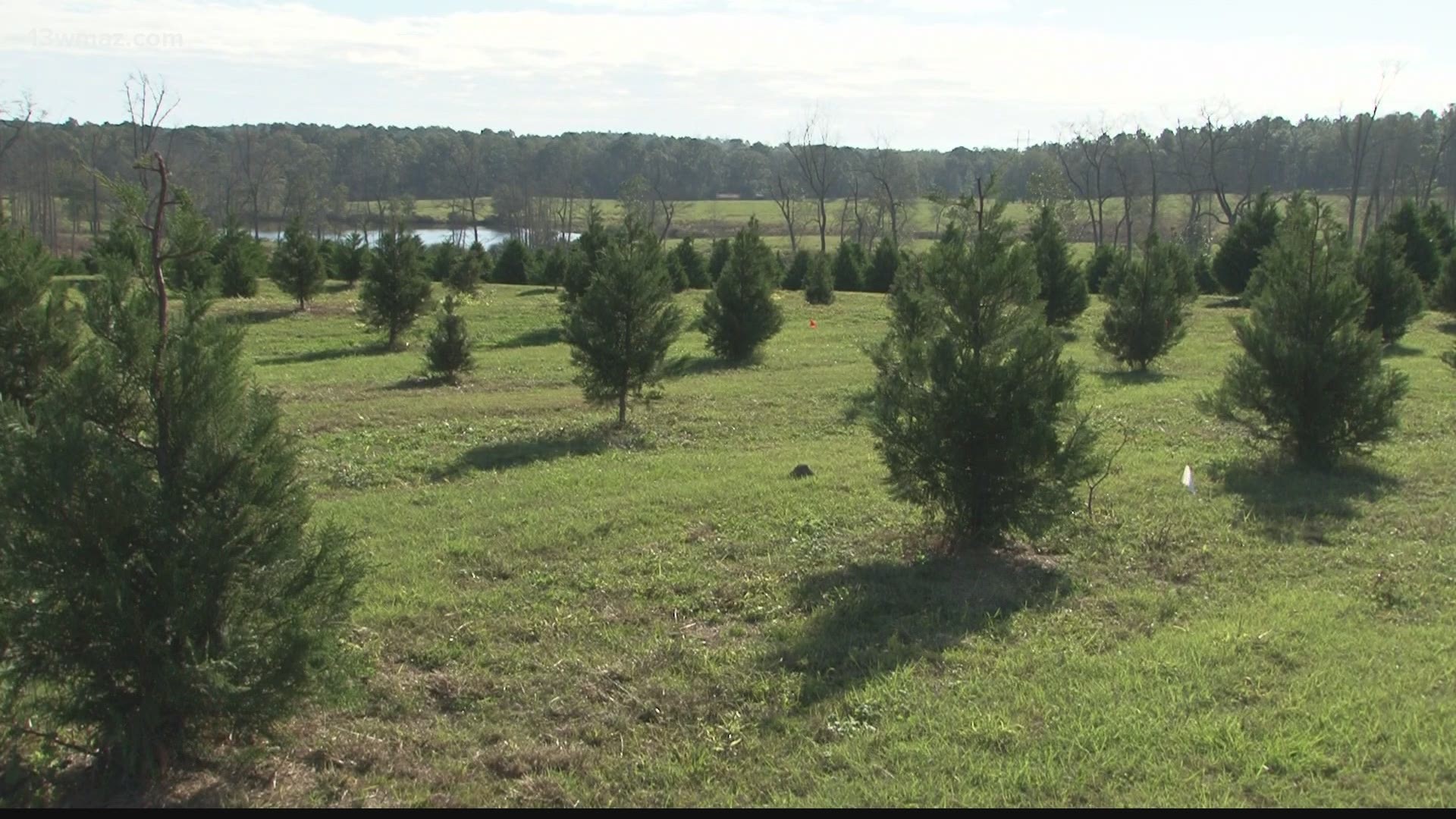 WILCOX COUNTY, Ga. — Plenty of people have gotten an early start on Christmas decorating, but if you’re waiting for the week of Thanksgiving to deck the halls, consider Barnard & Thompson CHRISTmas Tree Farms.

You’ll find a different kind of crop growing off the side of the road as you drive down Highway 215 in Wilcox County – Christmas trees!

Three years ago, Matt and Kelly Barnard decided they wanted to start a tree farm, but those kinds of things aren’t instantaneous, so they planted 1,200 seedlings in 2017.

“We have Leylands here for sale this year,” said Matt.

He has grown peanuts before, but Christmas trees? He had to sell his wife on the idea.

“At first, I was like, ‘What?’ because that was just so far-fetched in my mind,” recalled Kelly.

The couple says they prayed on it and then branched out to Perry to buy the young seedlings.

“[It was] very time consuming hard work. We had all four of our children help us,” said Kelly.

“I had to ask for a lot of help… a lot of my family came out to help. I guess sometimes we had six or seven people out here planting,” said Matt.

Planting them was only half the job. Just like Santa watching his elves, Matt to craft his trees into fat, happy limbs that would deserve an angel on top.

“But the trimming… it’s daylight to dark on my days off. Probably 20-30 hours a week,” he estimated. “I want to shape it like I want it at my house.”

The Barnards want to wrap a little tinsel around their opening this weekend, so they plan to have a festival on Saturday where you can deck your tree with all the trimmings.

“I am just pumped! It’s amazing and we just can’t wait to see all of the children’s faces, see the adult’s faces. Christmas just has a magic to it,” said Kelly.

That magic spreads out over five acres, so hop in your sleigh and go out in search of your Christmas tree.

The farm is about 12 miles up the road when you get off on the Vienna-Pitts exist on I-75. The trees run about $8/foot.

Christmas at the Ranch in Jackson to benefit no-kill shelter