The team's staff hosted a tasting for the new menu items on Friday. 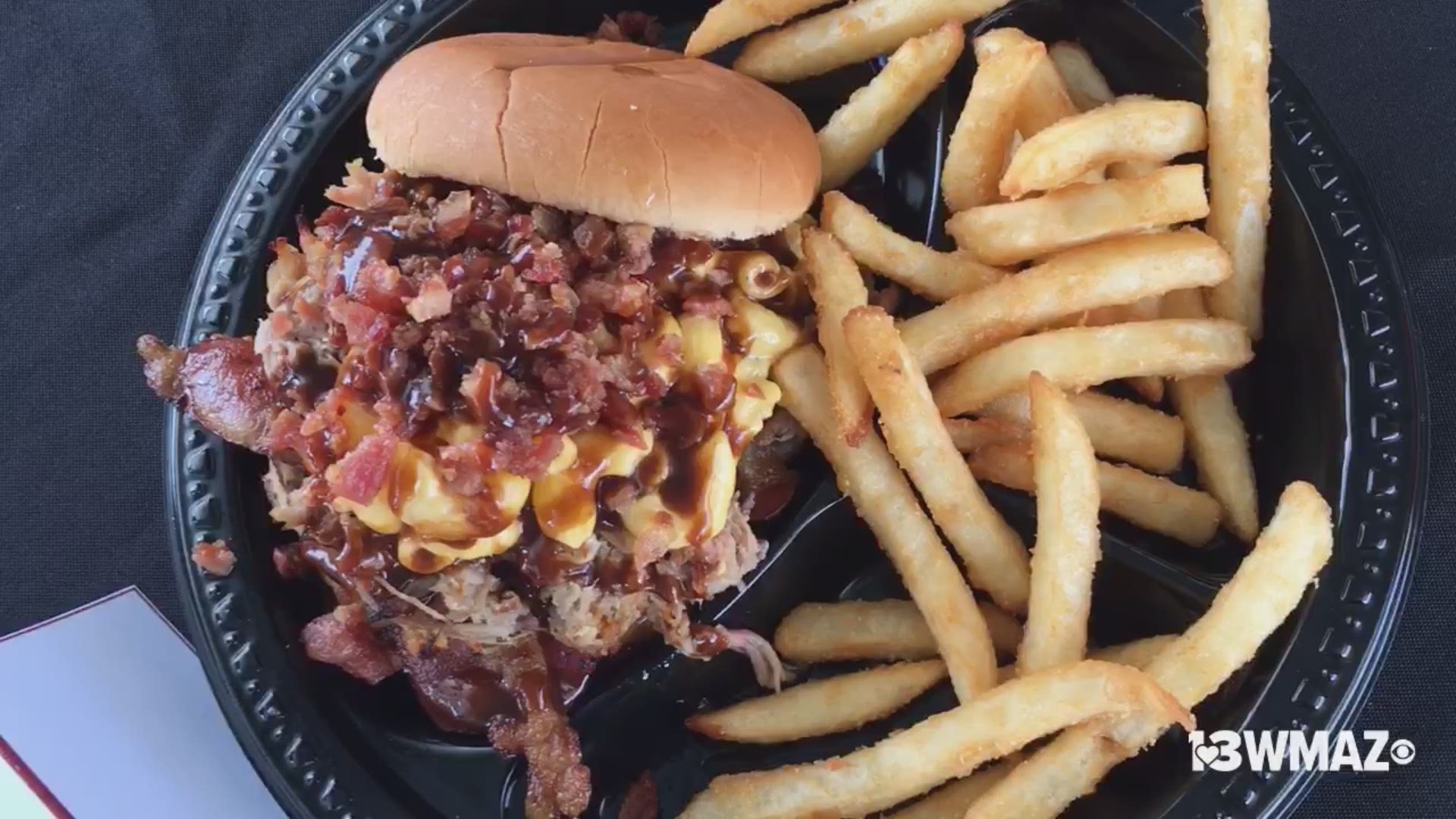 MACON, Georgia — The Macon Bacon held a private tasting for six new bacon-themed items that will be added to the concession menu this season.

The six degrees of Kevin Bacon is the team's new signature sandwich. It starts with a hamburger or chicken patty with barbecue sauce, two strips of bacon, a scoop of pulled pork, macaroni and cheese, bacon bits, and more barbecue on top. In addition, the sandwich comes with a bed of fries.

The Macon Bacon season starts at the end of the month.