Construction began in fall 2020 with a target open date of early 2022. 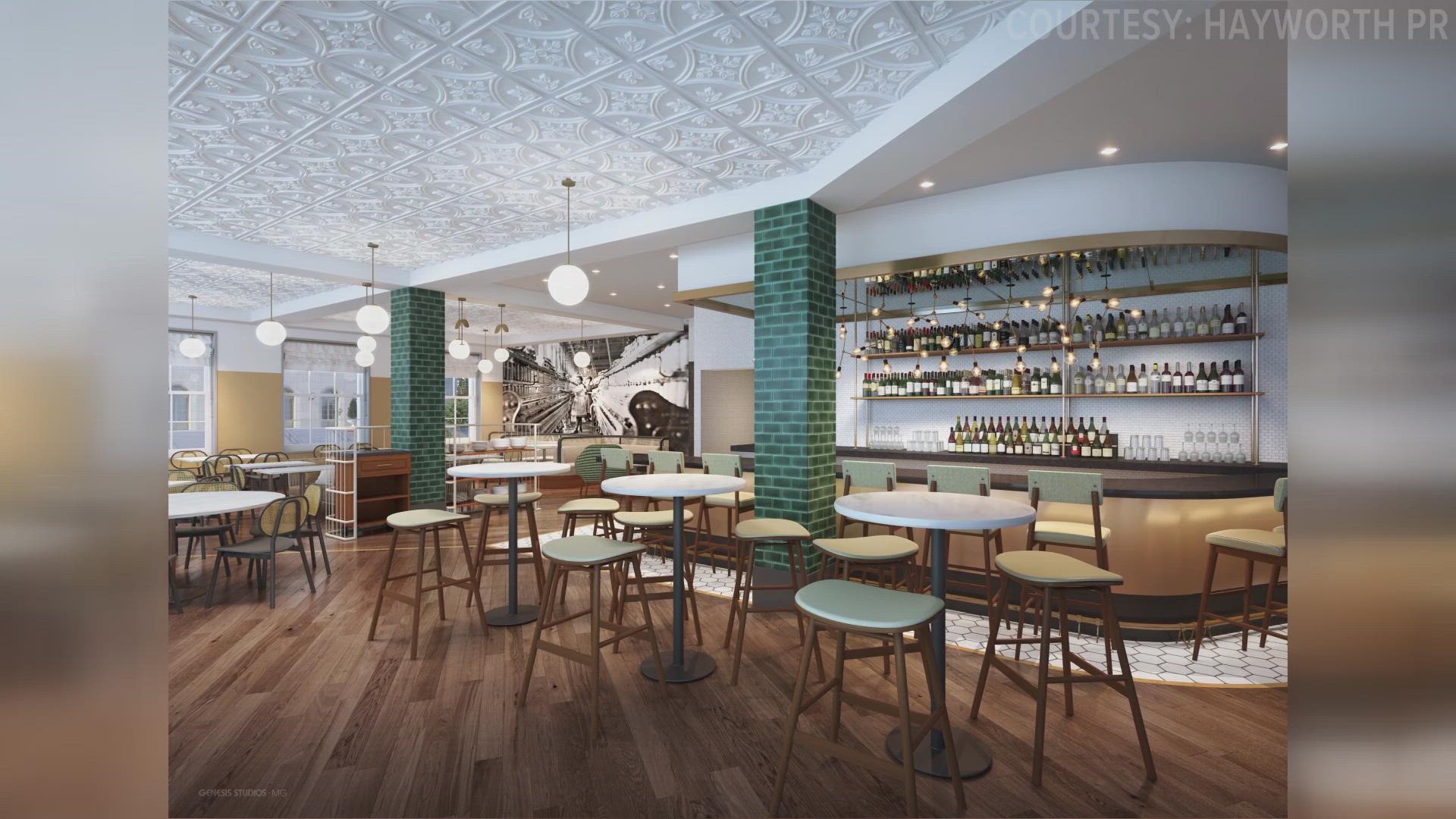 MACON, Ga. — As construction of a boutique hotel on downtown Macon’s Cherry Street continues, representatives met at the Macon City Auditorium Wednesday to give people a sneak peek at what it will look like on the inside.

The hotel, which began construction in an existing 11-story skyscraper in the city’s downtown last October, will have 94 guest rooms, a signature restaurant, a rooftop bar, and a coffee and wine bar.

First up at the reveal was the hotel’s name: Forty Five. It pays homage to the 45-degree intersection of Cherry and First streets with Cotton Avenue. It’s also a nod to Macon’s musical history and 45 rpm records.

On the hotel’s sixth-floor rooftop will be a bar named Hightales, which is dedicated to all things music in Macon. A rendering of a menu shows drinks named after songs created by Macon recording artists, such as Jessica (Allman Brothers), Dock of the Bay (Otis Redding) and Rearview Town (Jason Aldean).

Also at the event, Stephan Amesoeder was named general manager of the hotel. According to a news release, he has 30 years in the hospitality industry and most recently served as GM at the Andover Inn in Massachusetts, in addition to working at other luxury properties in New Orleans and Bermuda.

As general manager, he will oversee the hiring of staff, daily operations and guest/employee satisfaction.

The hotel is expected to open in early 2022. It will be the city's first in the Historic Central Business District and a member of Marriott International's Tribute Portfolio.

Construction to begin on boutique hotel that will bring jobs, investments to Macon