The county officially unveiled the new name for the intersection of Hopewell and Midway Roads, honoring a man killed in action in the Vietnam War. 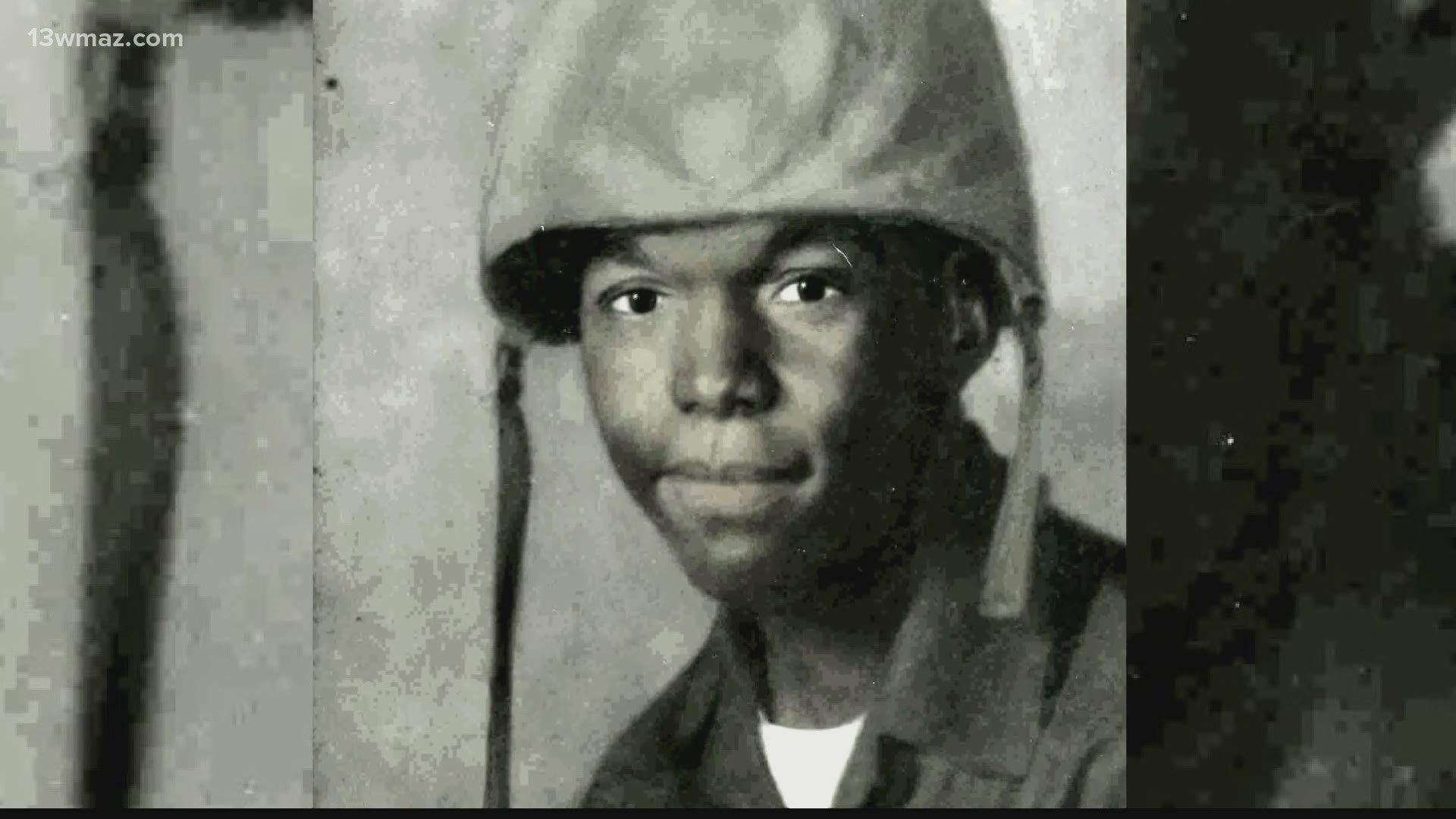 BIBB COUNTY, Ga. — A Bibb County family says there is extra meaning about the road they live on.

Friday, Macon-Bibb County officially unveiled the new name for the intersection of Hopewell and Midway roads, honoring a man killed in action in the Vietnam War.

Wallace Johnson and his brother, Private First Class (PFC) Horace Johnson Jr. grew up on Hopewell Road in Lizella. Wallace says he has countless memories with his brother along this stretch of road.

"We walked these streets, played in this dirt right here. Every minute we spent here in Lizella," Johnson said, but a lifetime of memories with his brother was cut short.

In 1967, Horace was drafted into the Marines when he was 19, serving as a rifleman in the Vietnam War.

"He was excited. He figured that that would help his career. He had no idea that he didn't make it back home," Johnson said.

While on patrol in the Quang Nam province, Johnson was shot and killed by North Vietnamese ground forces in August of 1968.

"Sleepless nights. Couldn't sleep. Couldn't eat. Letters coming in even after he died. Those were the letters he wrote -- because the mail was so slow," Johnson said.

Johnson says not a day goes by that he doesn't think about his brother, who would be 73 today.

"He was a gentle soul. He loved everybody," Johnson said.

But now, Private First Class Johnson's memory will carry on, along the road he grew up on and where many of his family members still live.

The intersection of Hopewell and Midway roads now bears his name, a daily reminder to passersby of the ultimate sacrifice PFC Johnson made 54 years ago.