Famous Mike's namesake, Mike Seekins, says it's important for people to help each other 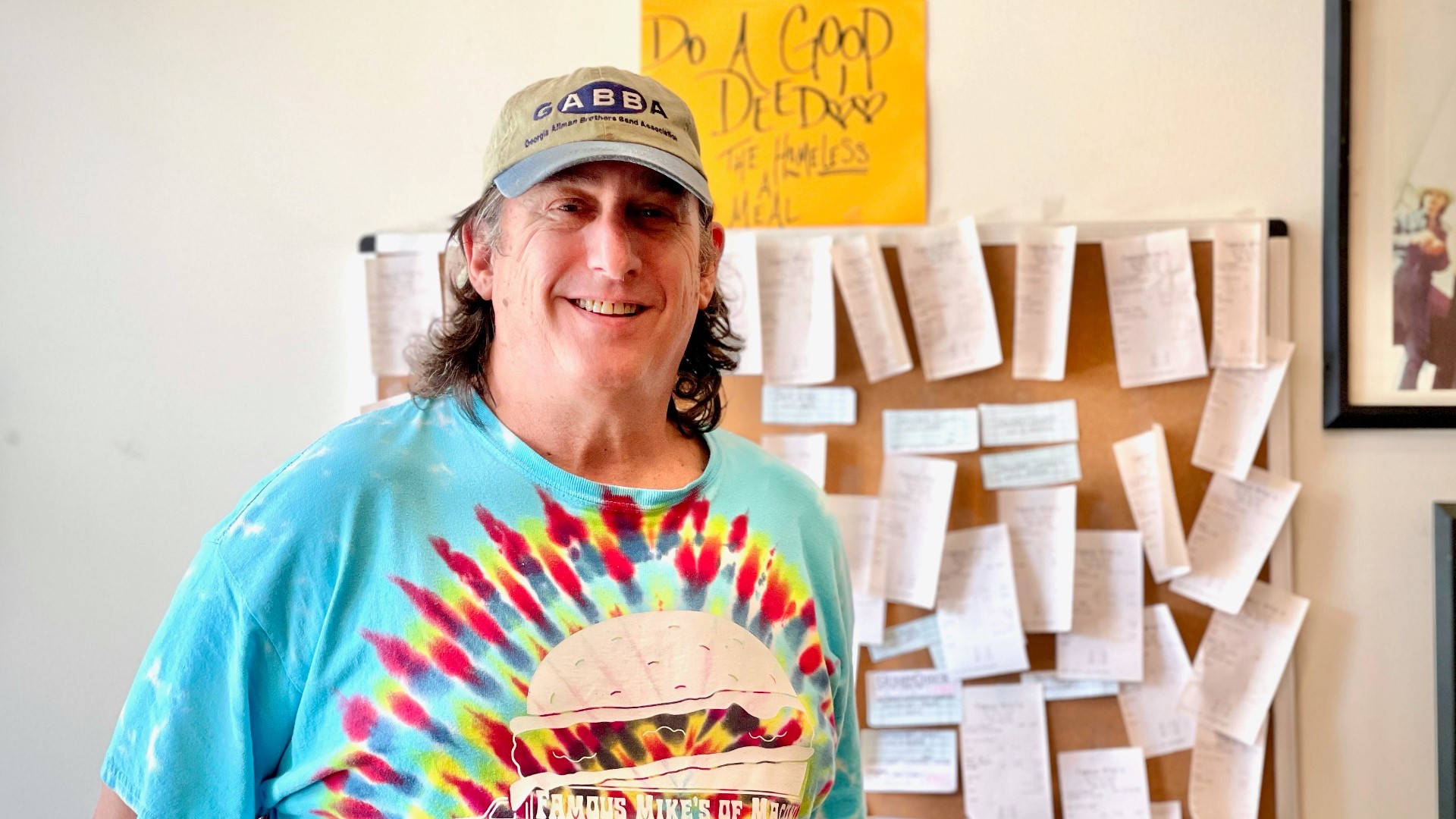 MACON, Ga. — What if you could do a little good for someone in need without leaving your table? One downtown Macon restaurant is allowing you to do that with a 'giving board.'

Mike Seekins, the owner of Famous Mike's on Poplar Street, says customers can now buy a meal to be put on the board at the front of the restaurant. Here's how it works...

"Anyone, not just homeless, but anyone in need can come in and choose off the board whatever they want to eat and sit down and have a nice meal with dignity," he said.

Seekins says they've had calls from all over the country from people who want to donate money. They've had over $500 in donations since putting the board up less than two weeks ago.

"This town is a wonderful town," Seekins said. "We're hoping that it's going to spread with some of the other restaurants."

Of course, Seekins says that some people have had reservations, asking questions like, "What if they're not clean?"

"They don't need to worry about that," he said.

What matters to Seekins is that people can sit down and eat some food.

A friend mentioned the idea to Seekins, and without hesitation, he said yes. He says during these trying times, it's important for people to help each other out.

"I think it's important for us to give as much as we can, whenever we can, no matter how little it is," he said. "It makes the world go 'round."

If you want to donate a meal or know someone in need of one, you can go to Famous Mike's at 524 Poplar Street during business hours and ask someone about the giving board.

"Something like this is only good, and we need more of it," Seekins said.

'Everything is seasoned to perfection': Soul food restaurant opens in Warner Robins