The cemetery itself is home to more than 600 graves of incarcerated men and women, but their graves have been left unattended and neglected for many years. 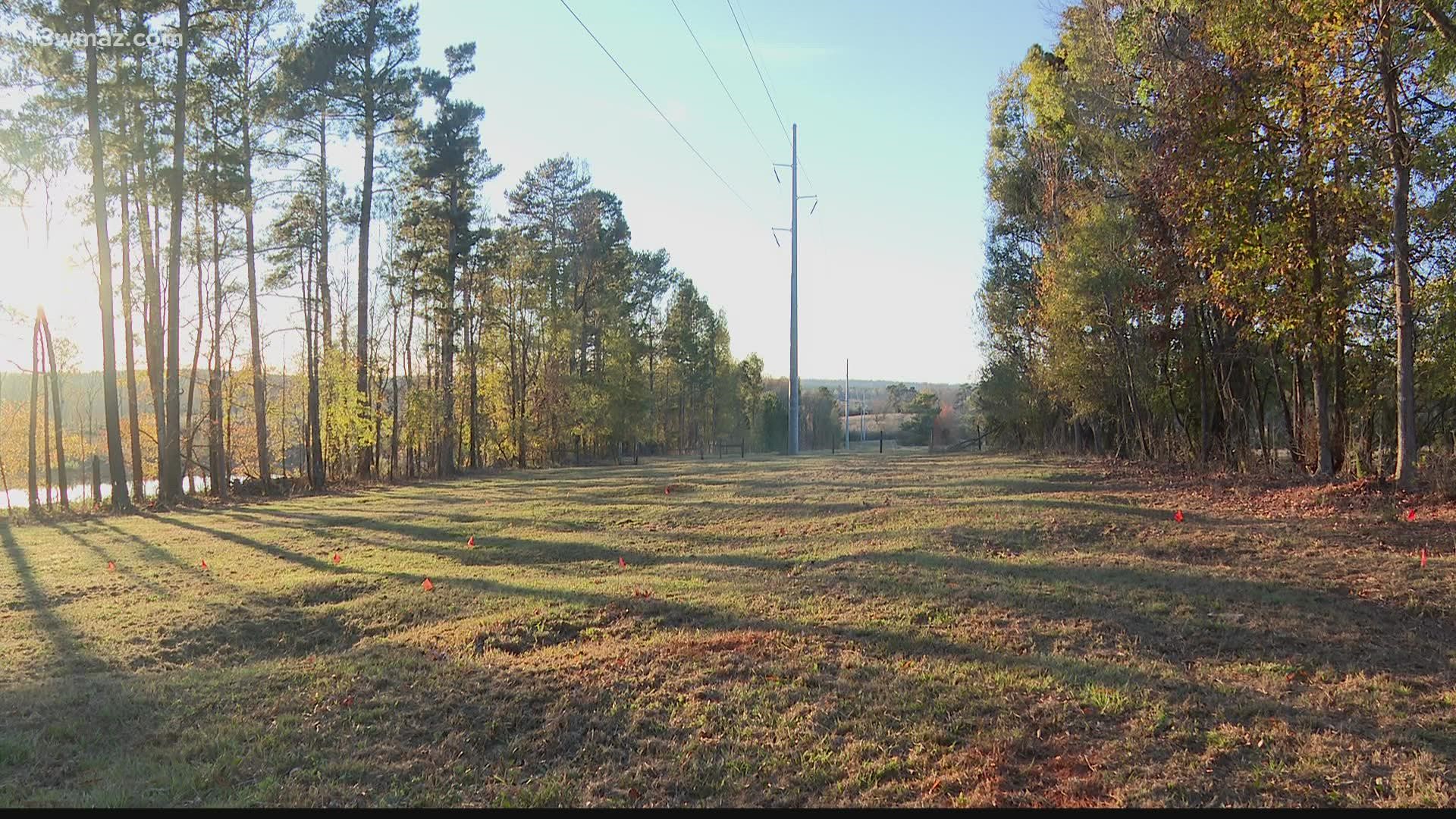 MILLEDGEVILLE, Ga. — The Georgia Trust for Historic Preservation released its 2022 list of 10 Places in Peril in the state. Baldwin County's Red Hill Cemetery made the list.

We went to Milledgeville to learn more about the threat to the cemetery.

Multiple grave tomb areas at Red Hill Cemetery have sunk in. That's actually where state prisoners have been buried, each of them being marked with an orange-and-white flag.

Mary Esther Smith of Haddock retired from the prison system in 2008.

Naturally, she was drawn to Red Hill Cemetery's story.

"These people buried here have family and their family has the right to know where they are at," Smith said.

The cemetery itself is home to more than 600 graves of incarcerated men and women, but their graves have been left unattended and neglected for many years. That's why Georgia Trust put it on its 2022 "Places in Peril" list.

"For family that's looking for their loved one's burial place -- you might not find your exact grave, but at least you'll have a place to come to, to sit and enjoy the peace," Smith said.

"That's a very honorable acknowledgement, because they search the whole state and they only come up with 10," Atkins said.

Edwin Atkins's grandfather was the prison's chaplain for 14 years. He celebrates his family's history by also working to bring the cemetery back to life.

"Preserving history is an obligation that we all have. These souls deserve a cemetery and being memorialize. I thought, 'Well, I'll tell the history of the prison through the cemetery,," Atkins said.

So far, Atkins and Smith have not only cut back overgrown weeds, they've also tracked down names of buried prisoners. They've documented more than 300, including six children.

"I don't care if you are an inmate, a cemetery is a cemetery and it shouldn't just be forgotten about. Plus, there is a lot of history buried out here," Smith said.

Both Smith's and Adkins' goal is to bring a walking trail here to allow the public to come and learn more about the cemetery's history.

Right now, there is no public access to the Red Hill Cemetery.

Since it sits so close to the Baldwin County soccer fields and its paired parking lot, Smith and Atkins hope to be able to share that parking area once the trails are finished.

Their long-term goal is to partner with The Department of Natural Resources, the Department of Corrections, the State of Georgia, and Georgia Trust to bring it back to life as a documented, historic tourist attraction.

If you're interested in helping them, or if you know someone who might be buried at Red Hill Cemetery, you can contact Edwin Atkins at: edwincatkins@gmail.com.