Repairs began to fix a water main break at the Green Meadows Townhomes, and county code enforcement says they're keeping an eye on the process. 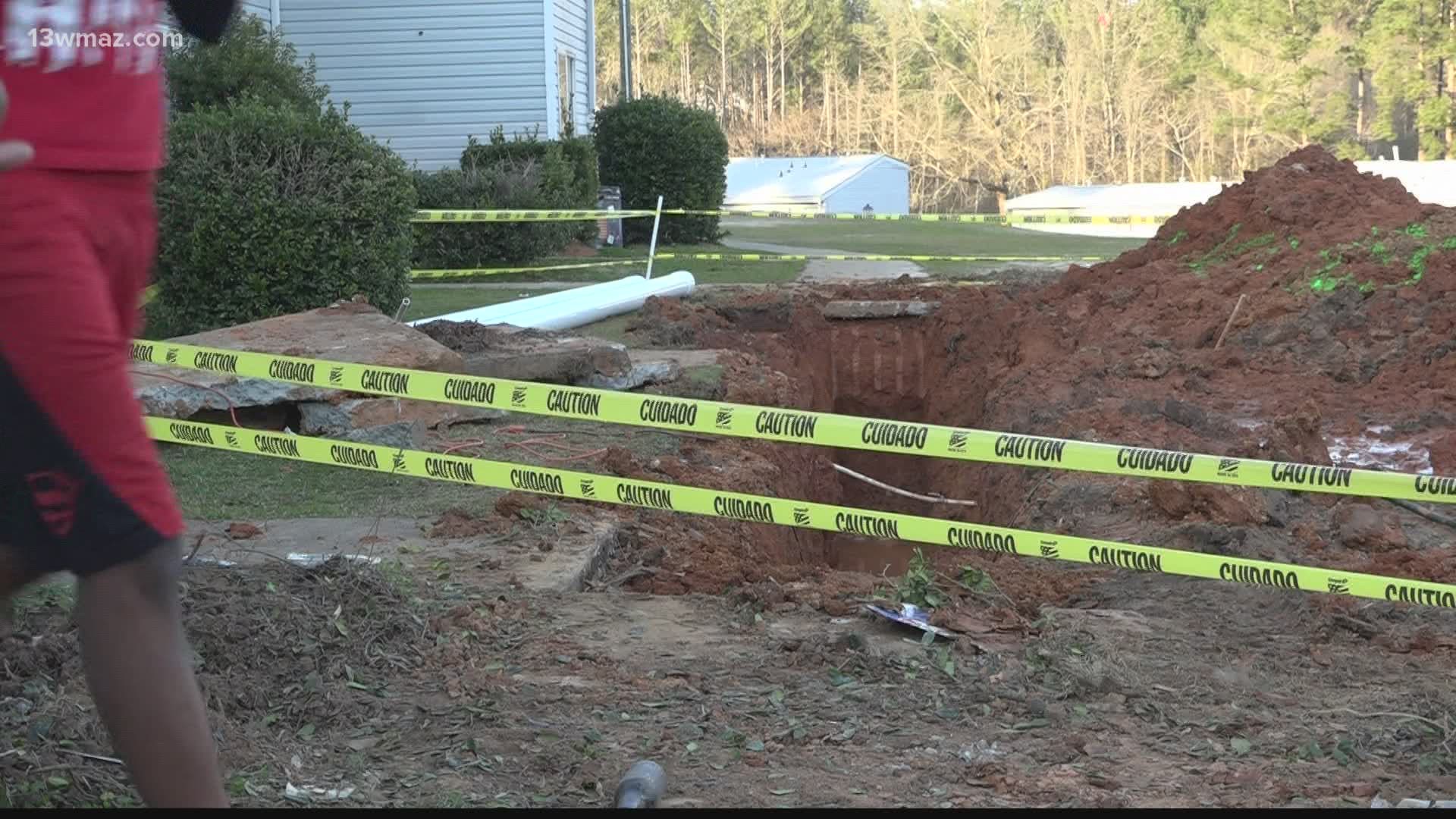 MACON, Ga. — The repairs began on Tuesday afternoon and now they continue into Wednesday. We're learning that the main issue is the main water pipe.

30 feet across and five and a half feet deep. That's about the size of the whole that now sits outside of one of the Green Meadows Townhomes buildings.

"What if somebody don't see it and falls in? And then it's dark out here at a certain time," says resident Shaquanda Alexander.

Alexander says she's worried about someone falling in the hole. On Tuesday, it was not filled in or closed off.

By Wednesday afternoon, Macon-Bibb Code Enforcement told the plumbing company that there must be an attempt to either fill in the hole or close it off.

Director J.T. Ricketson says they're keeping a close eye on this repair from beginning to end.

"When you've got contaminated areas, you've got a bigger concern about people walking through it and cross-contaminated or it spilling over and getting into their drinking water. There's a number of public safety hazards involved in a sewage spill," he says.

Ricketson says the best way to report a violation is to call the code office directly.

"All I can say is if people see code violations, and the common person's gonna see, 'Yeah, there's something not right there,' it needs to be addressed. We're the folks that'll come out there and look at it," he says.

Plumber Michael Waters says the repair should be completed by Thursday, but it could go into Friday at the latest.

Ricketson adds people can report code violations either by calling the office directly at 478-803-0470 or through the 'SeeClickFix' app.