The Bacon's first game is on July 1 against the Savannah Bananas. 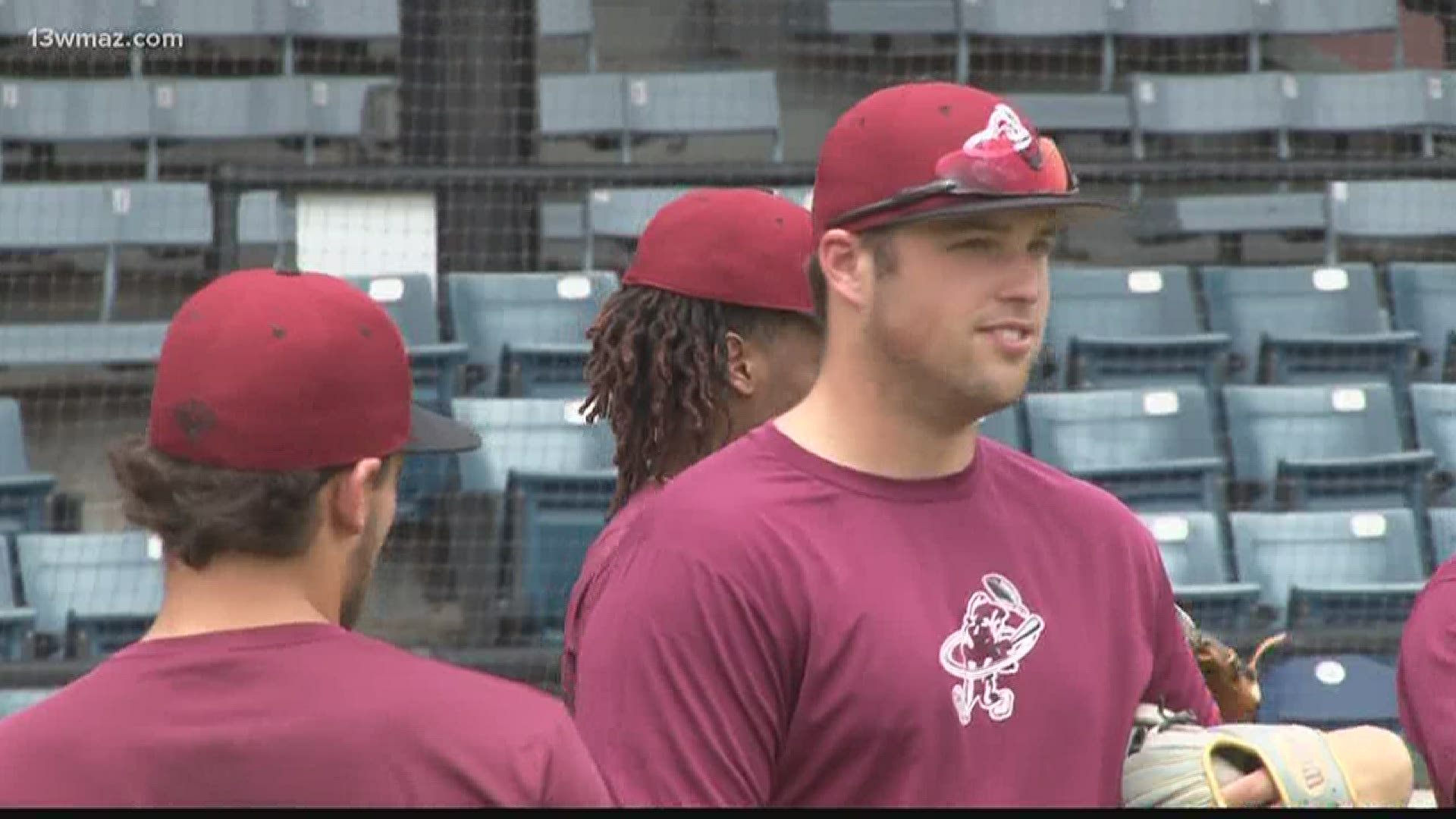 MACON, Ga. — The Macon Bacon are five days away from their first baseball game of 2020 at, but Friday was day one of practice. Jimmy Turk, the new head coach, got his first look at his guys on the field after two days of rain delay.

Turk said the plan over the next few weeks is to build rapport with his players quickly.

"I would say probably half of them I've coached in the past and relationships and trust and loyalty is huge for me. I mean that's a reason why a lot of them are here," Turk said.

Trust is one reason, a love for baseball is another. For returning players like pitcher Braxton Kelly, being back in the red and black is the only motivation he needed to return.

"The energy that you feel around the field and the ballpark, it's actually one in a million and I'm just happy to be out here with these guys, getting to work," Kelly said.

With less than a week to prepare for game number one against Savannah, Turk said getting bodies ready to play and for the Georgia heat is just as important as building chemistry.

"Most of these guys have been doing something in an individual type setting whether its throwing bullpens or hitting in batting cages or some simulated AB's off some guys pitching to them," Turk said. "Just in terms of getting and playing like a live simulated game to lead us up to playing Savannah in a couple days will be huge for those guys."

Safety is priority number one for players, coaches and staff. Players were tested once when they arrived to Macon and they'll be tested again in the coming days.

The Bacon are ensuring that social distancing in the park and the stadium will be used. Seating will be spaced out to allow safe viewing. Players likely will have limited interactions with fans, which is a stark difference from past years.

The safety protocols have been an adjustment.

"Right now, you know, we're just keeping our stuff sanitized, stay distant, follow the rules as they're given from the league and everything like that," said outfielder Luther Woollard.

Players say they'll do anything necessary to stay on the field.

"It's actually a big adjustment because you know quarantine stuff, you come out of it and then you're thrown into this and have all these guidelines you have to follow and pay attention to and it's all high frequency stuff, but I think everyone is going to adjust to it well. Whatever it takes for the game of baseball man," said Kelly.

The Bacon will open their season on the road against Savannah on July 1 and turn back around and play their first home game on July 2.